With her many pursuits, this young lass will go far in life. 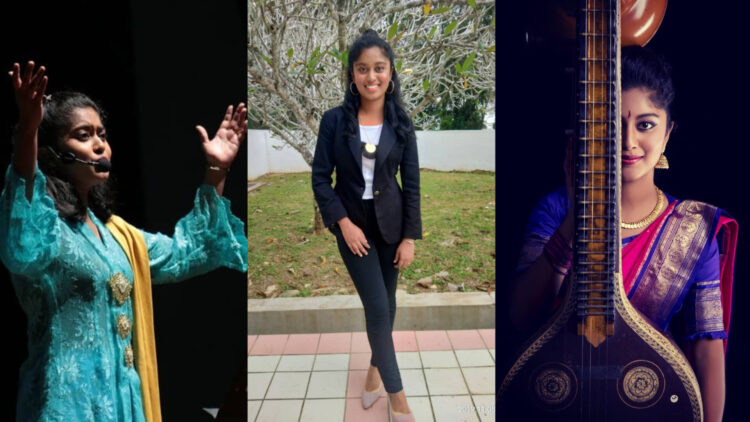 We know that during the pandemic, most of us experience burnout because we are unable to cope with the stress of this new normal. Everything went online, which none of us could have predicted two years ago.

However, if we believe that this outbreak has only resulted in stress and burnout, we are mistaken; for some, this pandemic has brought more prospects and possibilities.

Take, for example, the story of a young woman who is only 22 years old. “The online method has made juggling both my education and my part-time work easier for me,” she says.

Suvitra Murugayah is a multi talented individual who has dabbled in a variety of fields at such a young age and has never let anything stand in her way of achieving her full potential.

She has brought great pride to her family as the first born!

During the lockdown, she took advantage of the benefits that came with everything going online and became a Mandarin teacher. She considered teaching this extra language she had learned to others and she had to take online classes for her university studies too.

She studied Mandarin at a language centre and began teaching Mandarin one-on-one in September 2020. The notes she provides in her classes are all self-written by this young lass.

“I started teaching students so that I don’t forget the language. Eventually it sustained for a year. Since her profession is off to a great start, she will take her teaching skills a notch further by collaborating with Pusat Tuisyen Arena Matriks as their official Mandarin Teacher beginning in June 2021.

“I discovered teaching is nothing less than art – to understand the mechanism of the student and to provide explanations according to their understanding level is a challenging, yet an interesting element in being a teacher.

Suvitra also stated that she has never been bored while teaching and sees each class as a new experience with each and every student. Her students range from age 8 till 50.

“Seeing my students pronouncing those words correctly brings a wide smile on my face. It just makes my day.

Suvitra speaks six languages in addition to Mandarin: Tamil, Telugu, English, Malay, and a little Punjabi. She has excelled in her studies all throughout, earning 7 As in the UPSR examination and 11 As in SPM. She is currently an undergraduate student at Universiti Utara Malaysia (UUM). 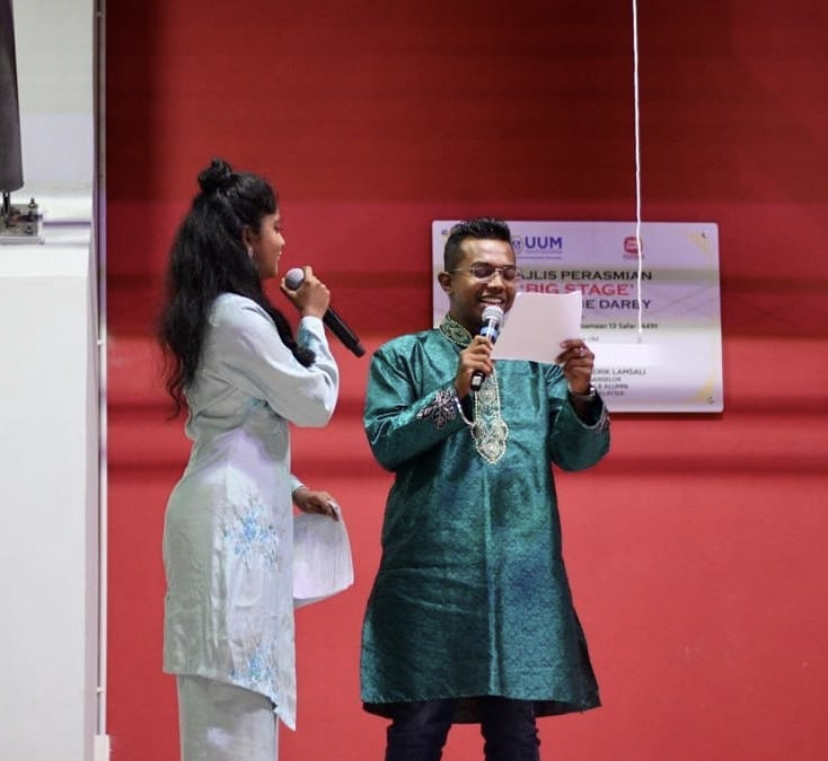 She has also been very involved in extracurricular activities since she was in primary school. This talented young lady has always demonstrated her leadership qualities, from being President of the Indian Cultural Club at Perak Matriculation College to being a public speaker in school and emcee in various programmes at her university.

Suvitra is also a freelance translator for The Aquaphobic Polyglot. She does translation for Mandarin novels, applications, cartoon episodes and more. She is not only an exceptional student and has great leadership qualities, but she is also musically inclined. Suvitra is also a highly skilled veena player who completed her arangetram on March 20, 2021, under the tutelage of Isaikalamani Srimathi Mohana Priya Anand.

“I joined Padmini Vidyalaya in 2007, and then went to continue from Sriman Ramachandran (Maestro Musical Instrument) in 2008. In 2009 , I finally joined Sri Ragam Vidyalaya to pursue both Veena and Sangeetham.

After dedicating 14 years of her life learning Carnatic music, she graduated as ‘Veena Visharatha’ and has performed in various occasions like navarathri and more. 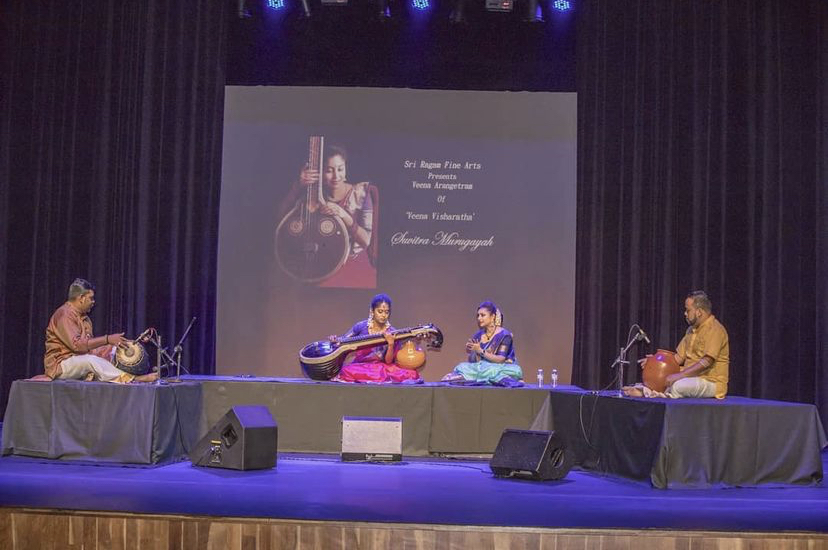 “Arangetram took me 8 months of continuous training.It was only possible due to online learning brought by COVID-19. If I were to stay on campus, this wouldn’t have been possible.

Suvitra expresses her training for arangetram, teaching mandarin classes, being a student was nothing less than a ‘tsunami attack’ in her life.

When we asked her about the motivation that drove her to venture in many fields she said; 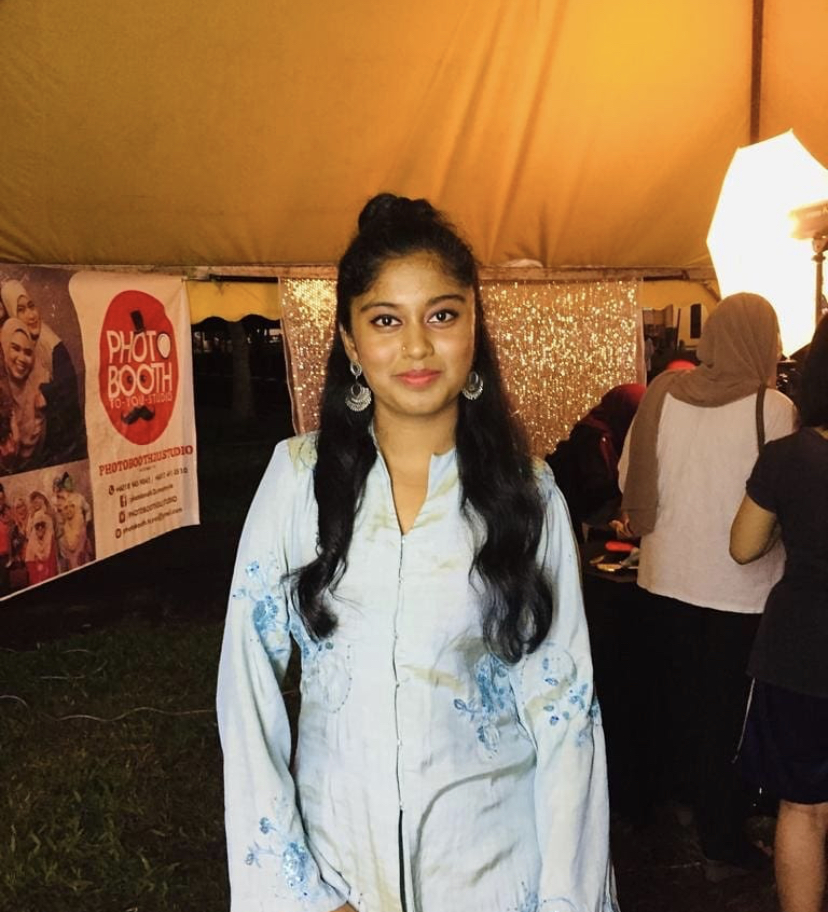 Participating in a variety of activities necessitates a significant amount of time management, and as Suvitra does, she will divide her time for each and every activity she is doing. She prioritises her time and sleeps only 5 to 6 hours per day. Not any longer.

“True success requires sacrifices,” as the saying goes. Similarly, she had made certain sacrifices along her journey of attaining numerous things.

“I sacrifice my family time, rest time. There were days where I didn’t get to sleep properly.But all the sacrifices felt so much worth it in the end.

After working as a Mandarin teacher, this ambitious individual has now taken on the role of a veena teacher. “COVID-19 has introduced a new way of living as well as learning,” she says. 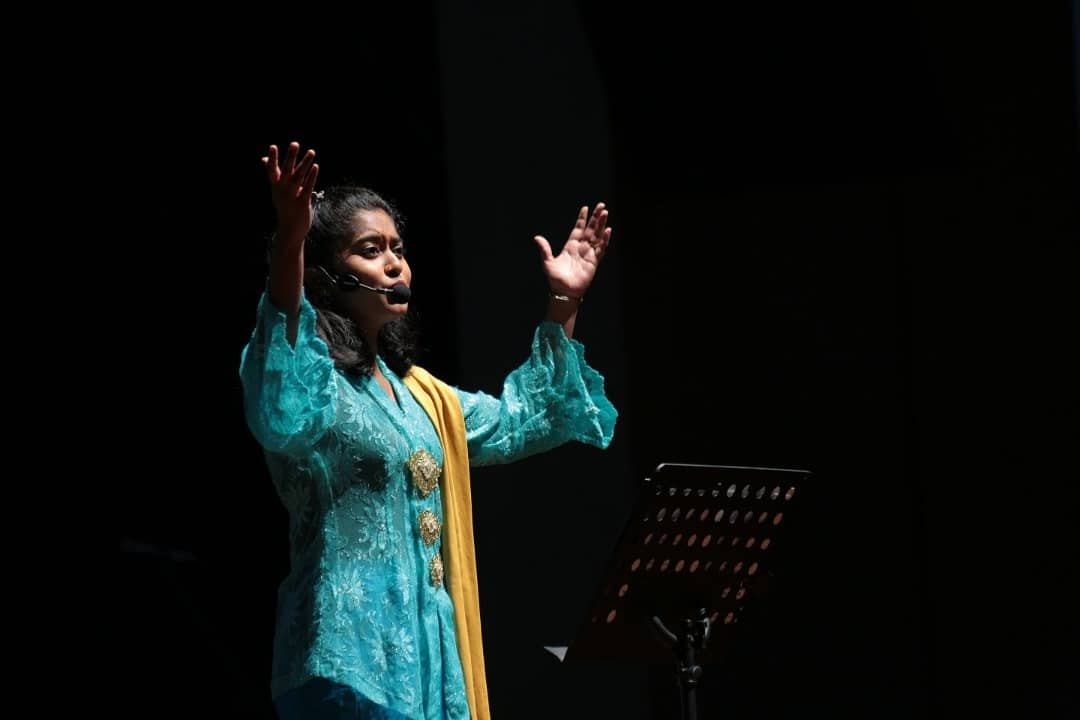 Suvitra also wanted to take this opportunity to express her gratitude to those who have supported her to get to where she is now.

“A huge thanks to my brothers for being the biggest pillar of strength and showering me with so much love and support whenever I needed them the most. Thanks to my friends who have been supporting me every step. Any goal cannot be achieved alone it also depends on the support from family members,friends .