Spectrum Of Colours In Hinduism 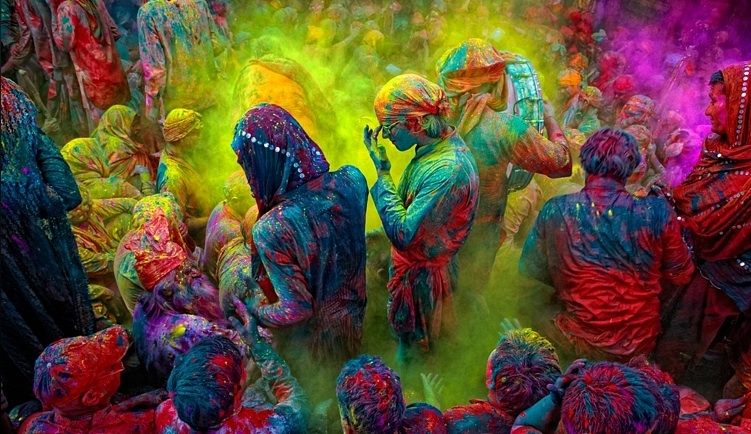 Colours, according to people who are well-versed in modern science, are a spectrum of pigments caused by different attributes of light being reflected or emitted by them.

If you asked a child, he or she would say the first colour that came to mind, merely saying that it is their favourite colour without forethought.

If you asked the same question in a company meeting, they would brainstorm and come up with ways to use colour to strategise for the benefit of the company.

We can see how even a seemingly simple topic like colour can differ depending on the individual. That is because we now live in a very outspoken world in which a single word can be cracked down into various and enormous subjects of discussion.

But there is no harm in it; it is simply evidence of how far we have progressed as lifeforms.

Similarly, Hinduism has a completely different understanding and significance for the same topic, “Colour.” They believe that, in addition to their decorative value, all of these colours have a hidden significance and have their own properties that play an important role in our lives.

Colour has a lot of impact and significance, not just culturally, but also scientifically. What I mean is that it is no longer the meaning of the subject, but rather a deep understanding based on scientific evidence.

Despite the fact that we now associate black with death, we are also aware of its ability to attract energy. Remember? I think we all learned this in primary school science lessons.

But let us hear it from Meera Chandrasekhar, a curators’ teaching professor of physics and astronomy at the University of Missouri, to better understand this statement.

“When the energy is taken up by the object, it’s called absorption, and when” the energy “is bounced back by” the object, “it’s called reflection.” Objects are selective about which colours they will absorb or reflect. “A black object is black because it’s absorbing all the light; it’s not reflecting any colour.”

Also, have you ever noticed that when you wear black, you feel a little warmer than when you wear something else? That is because it attracts heat, and that’s why Indians strongly avoid wearing black to funerals because we believe that the colour will also attract ‘death.’

That is just one example of how and why colours are prominent in Hinduism. Not only is there a cultural fact, but there is also a scientific focus.

On a similar note, we frequently see Indian saints dressed in saffron or holistic colours such as yellow or orange. In Hindu mythology, these colours are associated with two blessed things: the colour of sunrise/sunset (sandhya) and fire (agni).

The Sun and Fire are two of the biggest elements with significant powers not only in hinduism but also in human nature law. To elaborate, the mythology mentioned above also demonstrates a sign of purity.

However, buddhist monks, as you may know, also wear orange robes because in Buddhism, that colour simply represents simplicity and detachment.

Okay, now that we’ve moved on from death to spirituality, let’s talk about the colour that is frequently used in Hindu weddings. Red is the colour of love and passion. Also, did you know that this is the world’s second most popular colour? That is just a fun fact about the colour, but red, like the previous three, has high relevance in hinduism too.

Many people believe that the colour red has a deep connection with love, which is why it is used as the theme colour in weddings (although nowadays sometimes the bride comes in a black saree as well).

However, scientific research and psychological studies show that red increases pleasant perceptions and that women dressed in red are more attractive to men’s eyes.

Not only is the saree red, but so is the mahendi and even the vermillion that the groom applies to the bride’s head. So she’s basically covered in red to meet the subjective goal of the wedding, which is to be the star of the show.

Though wedding theme colours are no longer always red, there are still some Hindus around the world who cling to the tradition of gracing the bride in a red saree. After all, it’s not just about your favourite colour; it’s also about the science behind it.

Did you ever imagine that colours would play such an important role in our culture? Please share your thoughts in the comments section below. 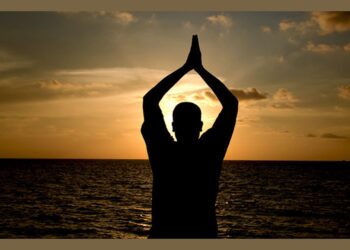 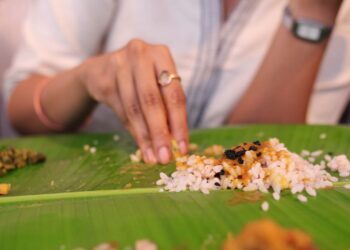