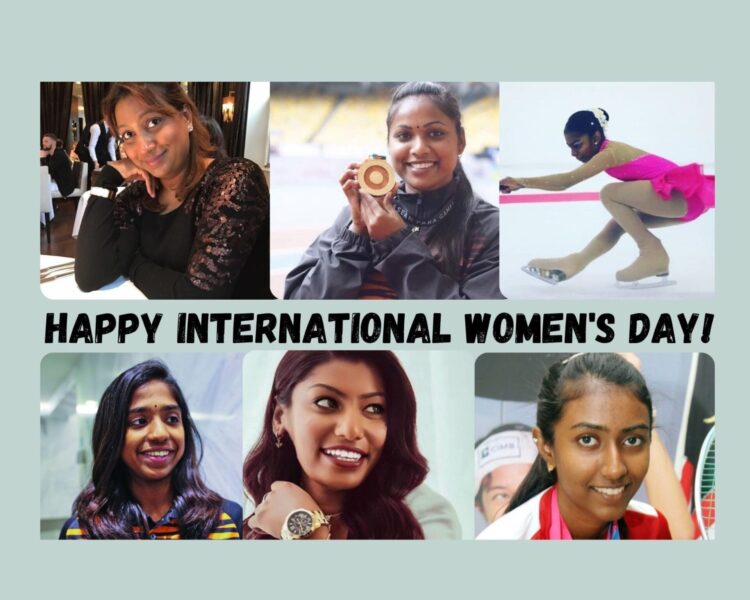 And just like that 2022 is passing like a brisk of wind. Today marks a very special day as we celebrate International Women’s Day worldwide. ‘Break The Bias,’ the theme of this year’s IWD which aims at promoting gender equality all over the world is set to empower a new generation of women to rise to the occasion and break gender stereotypes.

Each year team Varnam will curate a list of women who have made a difference – and 2022 is no different. This year the writer has come up with an idea to give a shout out to women who were and are still active in the sports arena and have brought glory and honour to Malaysia.

So, on this special day the essence and spirit of being a woman should be celebrated. Let’s take a look at the shortlisted Malaysian women who have certainly left us in awe, hence, scrolling through this article is definitely worth your time.

Known as Malaysia’s top Paralympian athlete, the National Track and Field Paralympian & Para Games gold medalist made our nation proud by setting the record in the Women’s F11/F12 javelin event in 2014. Hema became visually impaired at the age of eight. She was actively involved in sports during her primary school days. Such an inspiration to look up to!

Known as our badminton queen, Sutheaswari was part of the national women’s team who won the bronze medal at the 2005 Southeast Asian Games. In 2005, Sutheas played for the World Badminton Championships in the women’s singles event, surviving the first round before losing to Li Li of Singapore in the second round.

Sannatasah made history by striking a gold medal at the Southeast Asian Games in 2009, which ultimately became a stepping stone for the single shuttler to emerge as a star. It may have come as a surprise to the audience, but Sannatasah had been steadily rising as a shuttler over the years leading up to the 2015 Summer Universiade. However, in the year 2013, Sannatasah quit from the Badminton Association of Malaysia (BAM) due to fewer opportunities for players like her, while having felt that there was no improvement in her performance as a national shuttler.

Shanti remains a dominant force amongst women sprinters who competed for Malaysia at the Asian Games in 1993. She was once known as the fastest woman in Southeast Asia after striking a gold medal in the 100m and 200m at the 1977 Jakarta Sea Games. At the Sea Games, she claimed a triple gold medal in the 100m, 200m, along with a silver medal for the 4×100 relay. To date, she still holds the Malaysian National record for the 100m (11.5s) and 200m (23.4s) track. She was also declared as the last Malaysian woman to win the 100m and 200m at the Southeast Asian Games in 1997.

Vanessa Raj, the Penang born young squash player reached a career-high world ranking of World No. 57 in November 2015. Despite all the odds, she managed to climbed up the World Rankings in recent years with a number of runner-up finishes to her name including two on the 2015 Malaysian Tour. Kedah-born Squash Athlete, Sivasangari created history by becoming the youngest national champion at 19. She is the third Malaysian to win the Australian Open title, after Nicol David’s success in 2011 and 2012 and Low Wee Wern in 2018. In addition, she secured her 11th Professional Squash Association (PSA) title after winning the 2019 Australian Open women’s singles title.

Rajamani, Malaysia’s first female Olympian was the seven-time Seap Games gold medalist, and an Asian Games gold medalist. The former athletic track queen was the first Malaysian woman athlete to set records for four events in the 200m, 400m, 800m and 4x100m. Those who knew Rajamani as the pride of Malaysia during her golden era might realise the importance of the role of her father in her success. 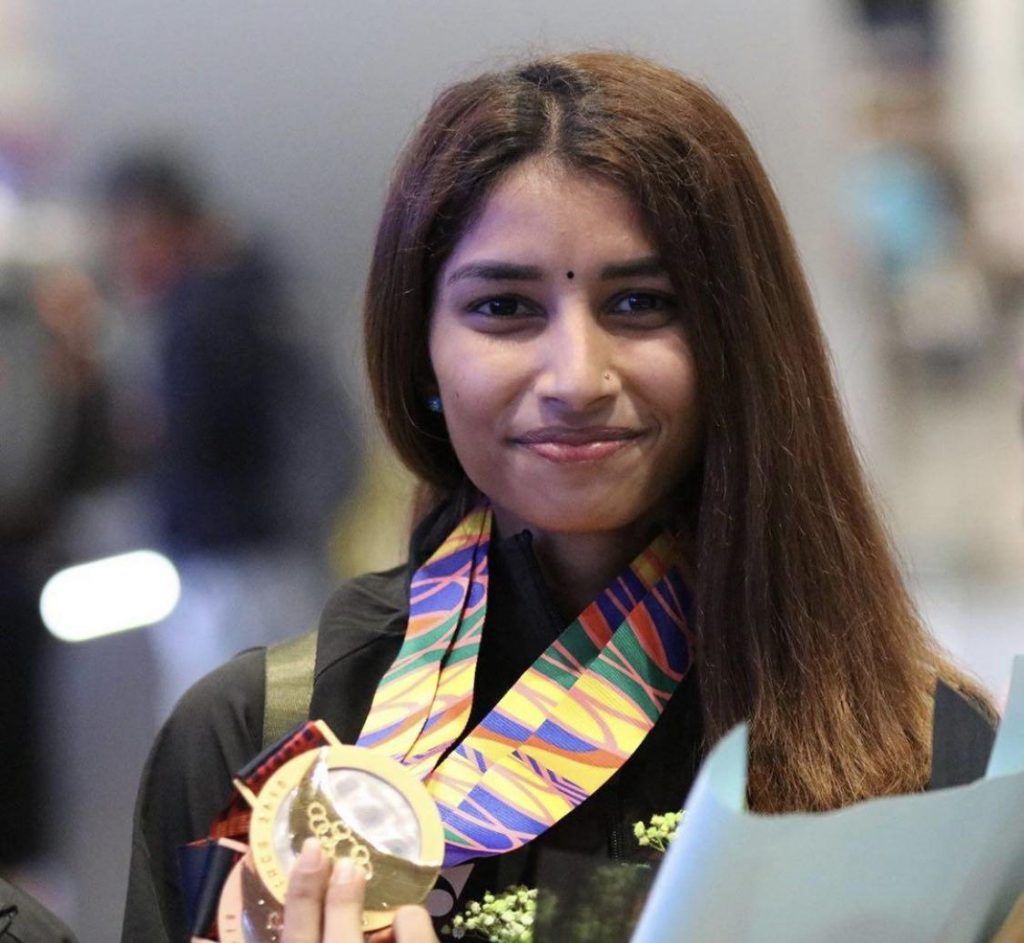 National women’s singles shuttler, S.Kisona became a household name as she took home a gold medal at the ladies singles’ event in the 2019 SEA Games. Previously, the Seremban-born world No 64 player won the Women’s Singles in badminton at the ongoing SEA Games. 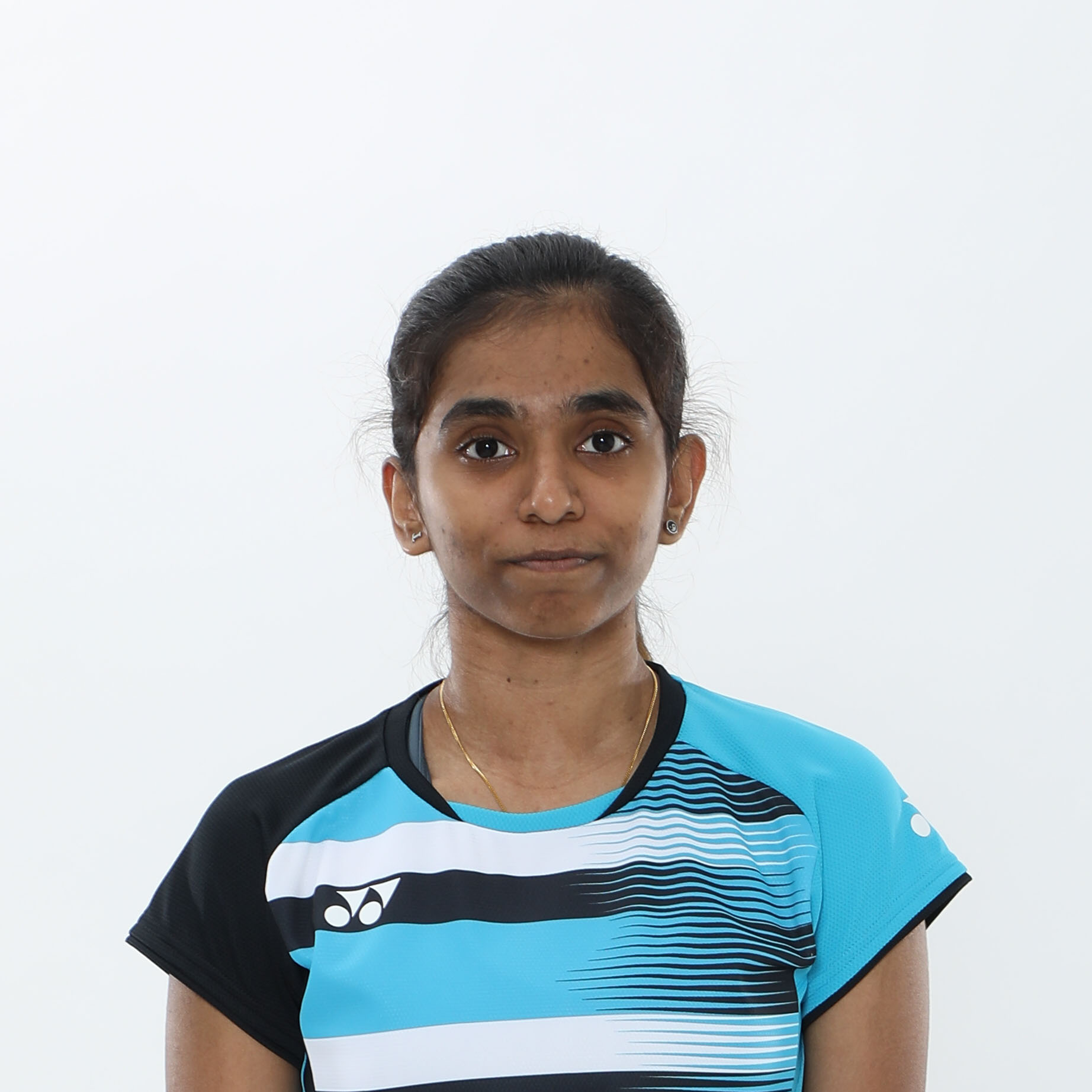 The Klang born badminton player, became the first women’s doubles pair from Malaysia to win a Super 300 title along with her partner Pearly Tan. The duo had a shot of being in the limelight when they clinched their maiden World Tour title in Switzerland at the start of 2021.

The women’s football coach who is ascertained to inspire young girls to reach their full potential, is breaking down barriers in this male-dominated field. Her journey with football began when she first fell in love with the sport at a tender age of five. She has also coached football teams in Malaysia, the United Kingdom, and the United Arab Emirates.

The 14-year-old has won five gold medals in the Ice Skating Institute (ISI) Asia Final Championship Series in Bangkok. Sangeetha, who represented Sunway Pyramid Ice Academy has won in the Freestyle 4, Solo Comp F4, Footwork F4, Open FS Silver and Drama Sport FS4 events. She was part of the Malaysian national team in Skate Asia 2020 in August, and Skate Hong Kong in November. Her biggest dream is to join the winter Olympics.

Their notable success in the sports field make us proud all over the world. Let’s celebrate the existence of these inspirational people, and give them the attention they deserve!