Blind Chefs Kitchen was set up all due to his love for great food!

Cooking has evolved from a survival skill to an art form that many people are learning. Rukenthiran Rajarathanam is another good example of this.

Rukentiran is blind, but he has created his own identity as a chef along with other visually impaired chefs. He lost his eye sight six years ago as a result of glaucoma. Glaucoma is a condition that causes damage to the optic nerve in your eye due to a buildup of pressure inside your eye. He used to work as a fibre optics splicer, but his eyesight caused him to lose his job. He was left in a terrible state and as a result of this, he was unable to see or work normally after that.

His family, on the other hand, became his support and held him back. He gradually gained the courage to dive into something he loved, cooking.

The 33-year-old has always had a love of food, and he has even travelled to different states in search of the best curry mee or durians.

Even if he was a foodie who had previously learned to cook, cooking when you’re blind can be difficult, so he started from scratch.

“I attended a course that taught me how to handle the tools needed while cooking, like the knives and the pans.

“It was very difficult to relearn everything, and I did get hurt a few times, but it helped me to learn how to cook again,” Rukentiran recalls of the process.

He gradually transitioned his passion into business. He opened the Blind Chefs Kitchen in mid-July and claims there is no turning back now that he is the head chef. 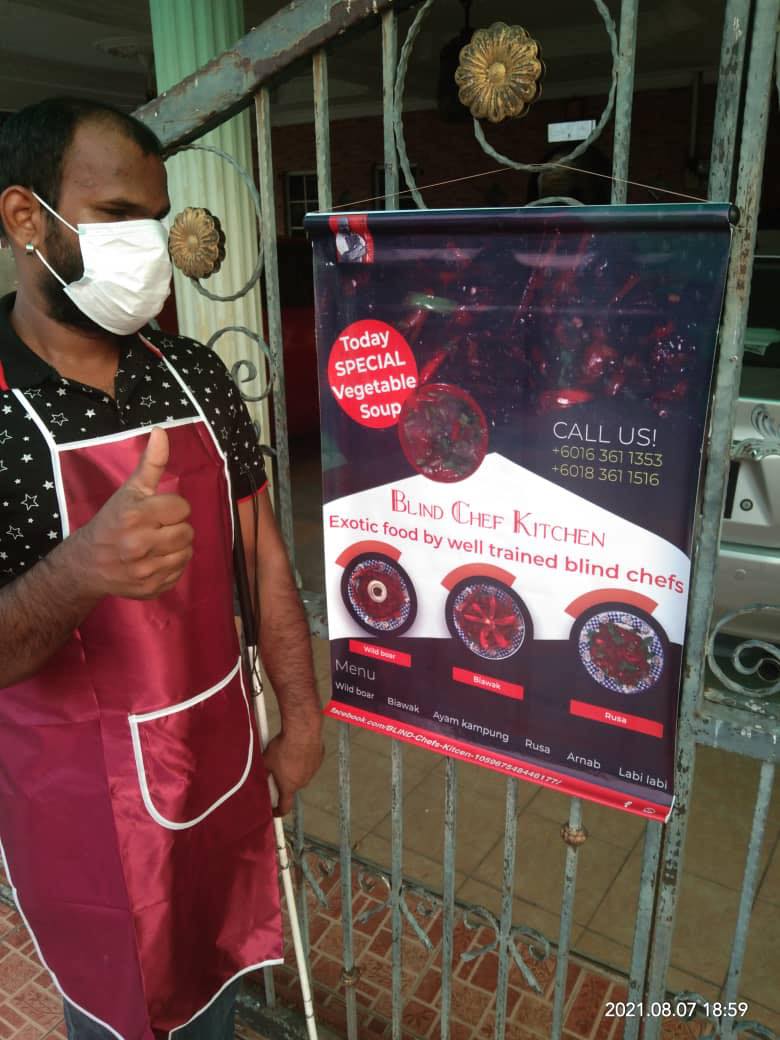 He was joined by two other chefs, Moagan Danapal, 21, and Murugan Kumar, 27, who are also visually impaired but by birth. Saravanan Krishnan, the team’s fourth member, is not visually impaired.

In the kitchen, he not only uses his sense of touch to navigate, but he also uses his senses of hearing, taste, and smell to determine whether ingredients are fresh and cooked to the proper consistency and flavour.

Apart from running a cooking business as visually impaired individuals, what distinguishes them away from the competition is their exotic menus. 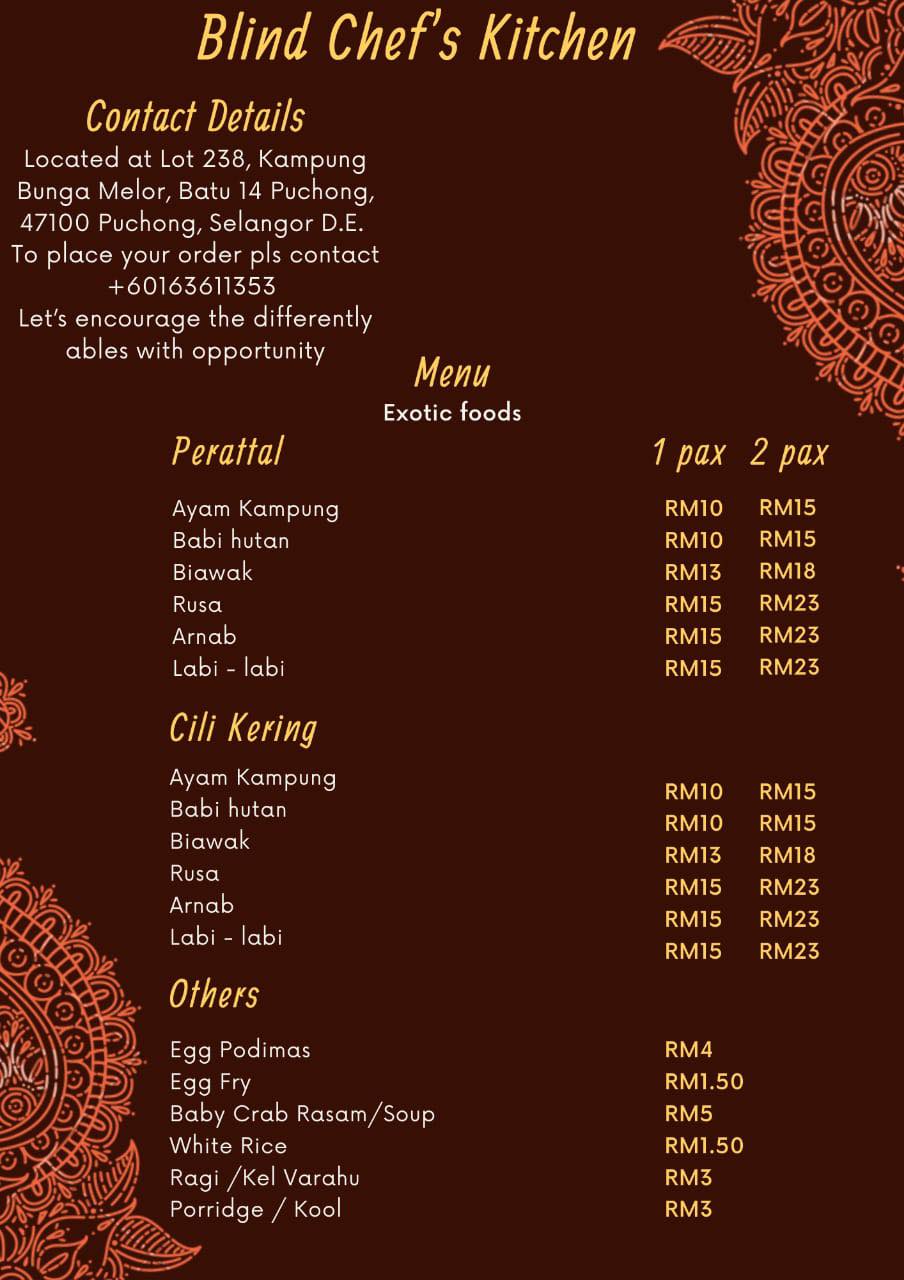 “We cook wild boar, rabbit, ostrich and even monitor lizards. We wanted to be rare chefs that make rare food.”

So, if you’re a foodie who enjoys exploring new, exotic varieties, we recommend that you try their food.

Blind Chefs Kitchen is currently open for self-pickup and deliveries from Tuesday through Sunday, with their exquisite wild boar biryani served as a special dish every Friday. To place an order, go to Blind Chefs Kitchen’s Facebook page.