Do You Know Why Indians Prefer To Serve Food On Banana Leaf?

Till this day, Hindus have a long history of serving food on banana leaves. 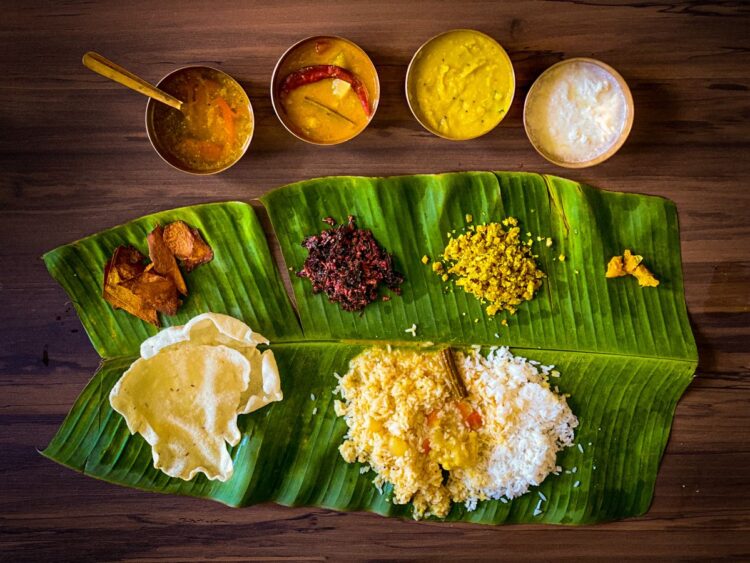 Indian food provides a unique experience that many people would remember for their entire lives.

Some of the Indian eateries will serve your food on banana leaves. And yes you could overlook the fact that you’re eating on a banana leaf because of the tempting colourful multi-dishes and mouth-watering aromas that come from the food.

Delve into this to know some fascinating facts and explanations;

One of the most cost-effective and low-cost alternatives is to eat meals on banana leaves. You won’t have to worry about wasting money on a plethora of cutlery. You’re done for the day if you grab a couple of banana leaves from the banana tree. Simply rinsing the leaves with water and getting started is all that is required.

Make a wise choice and replace those plastic utensils with banana leaves, which are way more environmentally friendly. They not only disintegrate quickly, which we all know most forms of plastic do not, but they also save the time and work that would otherwise be spent washing the dishes. Chemical-based dishwashing soaps and solutions also penetrate the groundwater, creating long-term damage to the water table.

Eating on banana leaves is usually a real treat because it is far more hygienic than using other utensils. Normal utensils must be washed with soap, and traces of soap may linger on the utensils even after they have been cleansed. It’s possible that such residues will affect your meals. The waxy layer of banana leaves prevents dirt and dust from adhering to the leaves’ surface. It also gives the meals served on the leaves a delicate and earthy flavour.

Last but not least, eating meals on banana leaves is a visual treat as well as a gustatory delight. If you never had meals on the banana leaf, you shouldn’t miss it.

Give it a go right now to experience the heavenly-divine flavours !

May seems to be a month of uncontrolled festivities and feasting, with Hari Raya and Mother's Day all falling a...

Good news to all cooking enthusiasts out there! A local cooking show, Maracurry Mess will be premiering on Astro Vaanavil...

What Are The Lucky Delicacies Eaten During The Chinese New Year?

First and foremost, a very Happy Chinese New Year to all Malaysians. This year, we celebrate the Year of the Tiger...