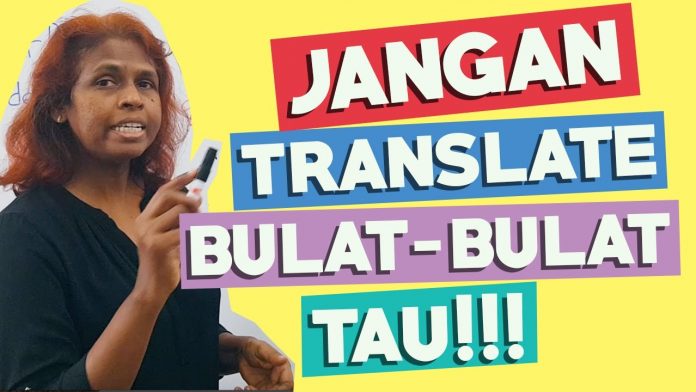 Many netizens ventured into the YouTube platform for an income during the most hardest and unpredictable period of our lifetime, which was brought about by the global COVID-19 pandemic. Thousands lost their lives to this virus, but many households were devastated with job losses and income to sustain themselves and their families.

Cikgu Rachael, an IELTS TuTor at 2 private institutions With Over two decades of teaching Experiences, embarked onto the youtube Platform to share her linguistic abilities.

Ms Ranchitham or known by her Youtube name, Cikgu Rachael does YouTube tutorial videos that are conducted in English and Bahasa Melayu. Cikgu Rachael’s aim was to enlighten the community better with basic essential language command, emphasising mainly on the point that, it is not about being able to speak the language well, but speaking it with the right grammar.

She started by making YouTube videos 4 months ago during the Movement Control Order (MCO) period, in a bid to educate fellow Malaysians on the importance of speaking and communicating in English the right way.

Despite her own struggles to conduct her classes in BM and the arduous time required to prepare for her lessons, it did not once stop her enthusiasm to share her knowledge on the platform. During the lockdown, she made up to 3 videos a week for her fellow viewers!

She always puts in great effort to prepare her scripts in both languages, despite  taking her up to 8 hours to Complete!

At present moment, she only makes a video a month due to her work which has resumed back after a three-month lockdown. Cikgu Rachael serves as an inspiration to all of us, to fully utilise our god-given skills, gifts and talents to better others.

Cikgu Rachael hopes her videos could be of good use for Malaysians who intend to improve their language skills.

Her videos has since garnered more than 28k subscribers to date and is now considered a trending YouTuber in Malaysia!

This is prove that one’s talent can be utilised in many ways, and should never be put to waste or hidden away. The teacher received many compliments from our localites on how her videos were of great use and got them in fact looking forward to her lessons each time she uploads a new tutorial video.

Some commentators even went as far as saying that her tutorial is way better than those provided at schools and higher institutions of learning.