Home Movies Aamir Khan And Vijay Sethupathi Might Team Up For A Project!
ADVERTISEMENT
27
SHARES
ShareTweetWhatsapp 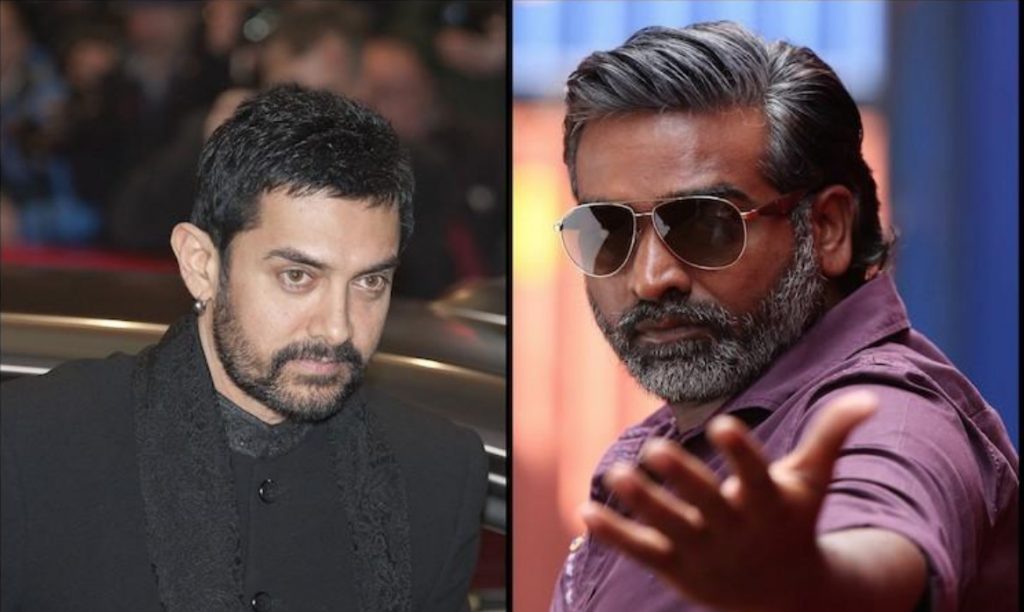 Aamir Khan paid a visit to the sets of Sethupathi’s Tamil film Sanga Thamizh directed by Vijay Chander. Since then, reports of the duo collaborating started doing the rounds.

It may be noted that it was recently announced that Aamir Khan would star in the Hindi remake of Madhavan and Vijay Sethupathi starrer Vikram Vedha, a neo-noir thriller, which was one of the most successful Tamil films of 2017.

Earlier, actor Shah Rukh Khan was rumoured to portray Vijay Sethupathi’s character in the Hindi version, with Madhavan reprising his role from the 2017 Tamil film. According to a report in Filmfare, the makers have roped in Aamir Khan and Saif Ali Khan for the project.

On the other hand, Vijay Sethupathi is awaiting the release of director Vijay Chander’s Sanga Tamizhan which also stars Raashi Khanna. He is currently busy shooting for SP Jananathan’s Laabam with Shruti Haasan.

The actor recently announced that he will be playing the legendary Sri Lankan cricketer Muthiah Muralitharan in his biopic. To be directed by MS Sripathy, the film will be bankrolled by DAR Motion Pictures in association with another production house.

However, a section of the Sri Lankan Tamils are furious, since the cricketer has been portrayed by Sethupathi as showing strong affiliation towards the Sri Lankan government and taking an anti-Eelam stand.