SA Baskaran, who has an extensive experience of working alongside industry stalwarts like Siddique, Jeetu Joseph and Kamal Hasan as an assistant director, is making his directorial debut with ‘Mei’, starring newcomer Nicky Sundaram as the lead alongside Aishwarya Rajesh. 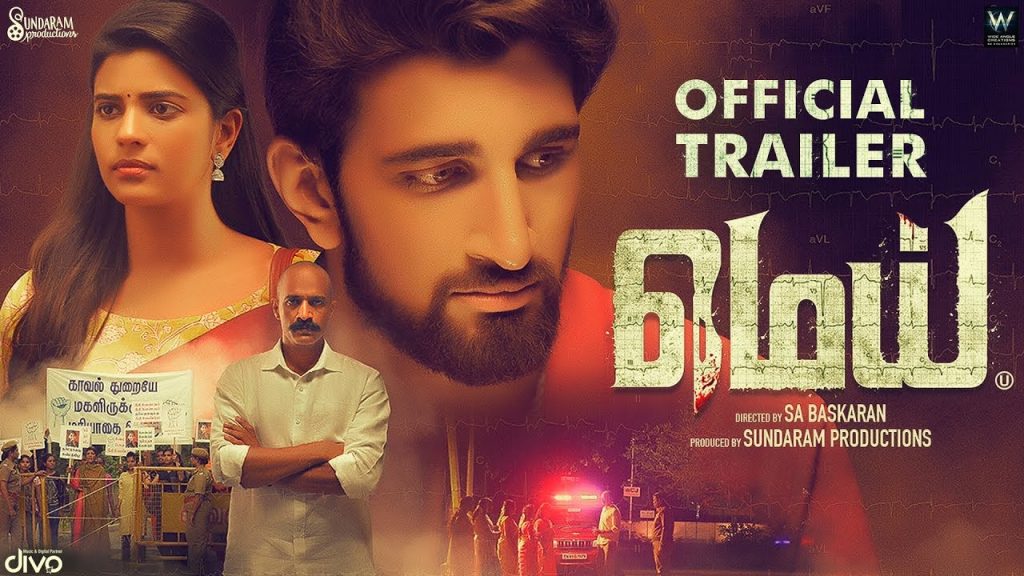 Aishwarya, who has been making a mark in the industry by virtue of her acting talent, has been placing due importance to the story, her role and agreed to share screen space with a new face in this movie, thanks to the powerful storyline and her role.

Though Nicky Sundaram was born and brought up in the USA, his dedication towards cinema was evident in his efforts to learn Tamil, and the associated mannerisms and nuances required for this movie.

Charle, Kishore, Vinoth Krishnan, Ajay Gosh play the crucial roles in this film which exposes the slew of scandals thriving in the so-called life-saving field of medicine and healthcare, which is expected to create a much-needed social awareness in the current scenario.

VN Mohan and Preethi Mohan are handling the cinematography while Senthil Raghavan takes care of the art. Prithvi Kumar (USA) has composed the music while Anil Johnson has scored the background score.

The film will hit screens on August 23.