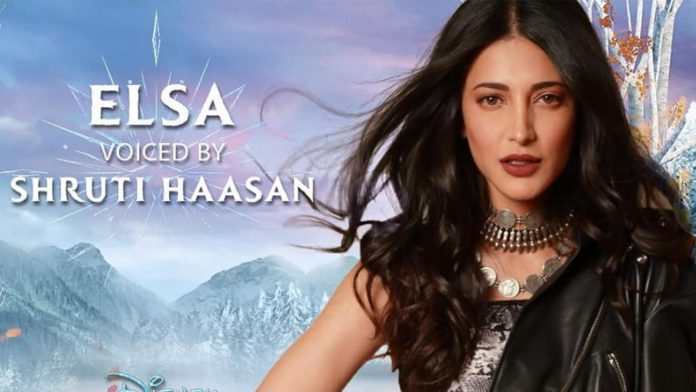 Frozen 2 is one of the most awaited animation films world-over and the makers are ensuring that the Indian audience is catered to as well. While announcements were made earlier that actor-cousins Priyanka Chopra and Parineeti Chopra will be voicing for Elsa and Anna respectively in the Hindi dubbed version of the film, actor Nithya Menen was signed up to lend her voice for Elsa in the Telugu dubbed version.

Now it has been announced that the Tamil version of Frozen 2 will have actor Shruti Haasan voice-act Elsa. The announcement was made on Friday via Walt Disney Studios India’s Twitter handle.

We're thrilled to announce that the versatile @shrutihaasan will be voicing Elsa in Tamil! ❄

Bringing the magic of Elsa to you in Tamil!
Disney's Frozen 2 is coming to cinemas on 22nd November#Frozen #Frozen2 #FrozenSisters
disneyfilmsindia https://t.co/mwf3xMmDDF

The film is scheduled to hit the screens on November 22. Frozen 2 is the sequel to the hit 2013 Disney film Frozen. Princesses Anna and Elsa are the two main characters in the world of Frozen. In the sequel, the sisters are expected to go on an adventurous journey to discover the origins of Elsa’s magical powers and to save their kingdom.

Actors Idina Menzel and Kristen Bell will be reprising their roles from the first film for the English original. While Idina voiced for Elsa, Kristen did so for Anna.

Frozen won several awards including two Academy Awards – Best Animated Feature and Best Original Song (‘Let it Go’). The song’s original show-tune version was performed by Idina in the film while pop singer Demi Lovato performed a pop version of it which was heard in the end credits. The song was written and composed by husband-and-wife songwriting team Kristen Anderson-Lopez and Robert Lopez.

The film has been directed by Chris Buck and Jennifer Lee. 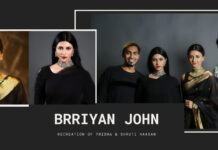