Jyothika Begins Shooting For Her Next Film With Director Saravanan!

Jyothika is currently awaiting the release of Thambi, directed by Jeethu Joseph, in which she is sharing screen space for the first time with her brother-in-law Karthi.

Her next film in which she is teaming up with actor-filmmaker Sasikumar went on floors on Friday. Produced by actor Suriya’s 2D entertainment, the film is directed by Era Saravanan of Kathukutty fame. The film is set to be shot in a Thanjavur backdrop. 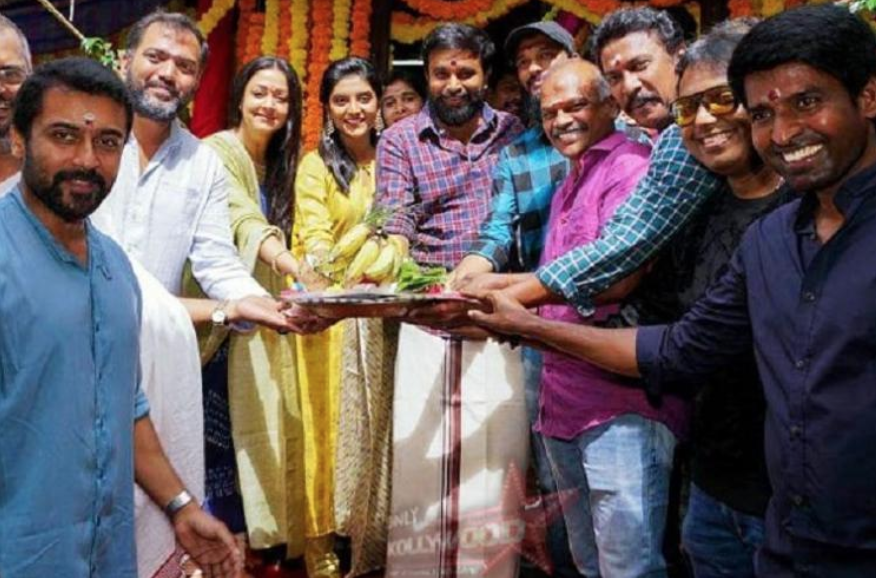 Thambi, which went through the censor formalities recently and was awarded U/A certificate, stars Jyothika  and Karthi as siblings. Rensil D’Silva and Manikandan is associating with the director for the scripting work, and it is jointly produced by Viacom 18 and Parallel Minds Productions.

The film is slated to hit the screens on December 27.

Jyothika  wrapped up shooting for Pon Magal Vandhal, directed by JJ Fredrick. The interesting feature of Pon Magal Vandhal is that it has four renowned directors – K Bagyaraj, R Parthiban, Pandiarajan, and Pratap Pothen – in important roles. The film is expected to hit the marquee early next year.

There are also reports that Jyothika  might join hands again with Mani Ratnam for his film adaptation of Ponniyin Selvan, which is expected to be one of the biggest multi-starrers of Indian cinema. And she might also work with Aramm director Gopi Nainar for a new project. Apparently, Gopi has already pitched the story and has impressed Jyothika  with his narration. However, she is yet to officially sign the project, and is slightly reluctant at the moment as she has two films in the pipeline.

Sasikumar, on the other hand, has multiple projects in his kitty. Last seen in Dhanush’s Enai Nokki Paayum Thota, he currently awaits the release of his films Naadodigal 2, and also has Kombu Vecha Singamda and Na Na in the offing.