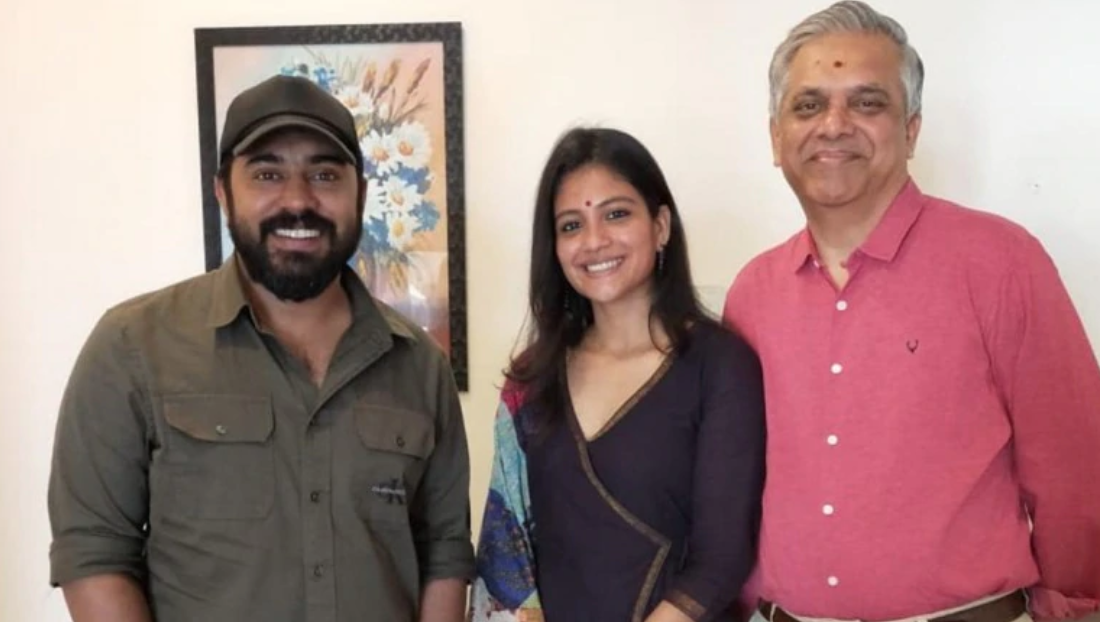 Aditi Balan made a glorious debut with director Arun Prabhu’s Aruvi, which won rave reviews in India as well as in international film festivals. The film turned out to be one of the best films in 2017.

Though it has been two years since the film released, Aditi Balan didn’t rush in signing films, and has been focusing on the theatre scene. The actress is all set to make her Malayalam debut with Padavettu, her second feature film. The actress took to social media to share photos from the pooja ceremony of Padavettu.

In the film, she is paired opposite Nivin Pauly, one of the leading Malayalam actors in the industry. Sharing the photo, she wrote, “To new beginnings in a new place. Padavettu directed by debutant Liju Krishna shooting starts today!! Need all your prayers and blessings as always!! Excited and thankful to be a part of this project along with some amazing talents!! (sic)”

Here are the photos:

Apart from expressing her happiness in signing her second film, she also spoke about how people tried to put her down and called her arrogant even without knowing her. In a long post, she thanked the team of Aruvi, who taught her what cinema was and for introducing her to the industry.

She posted, “Starting a new project after almost 2 years. I am filled with so much excitement, fear, curiosity and happiness. It has definitely been a long wait during which my life has had a lot of ups and downs. Irrespective of all of that, I ve really grown to be much stronger than before. I have realised one thing during the wait, people will have a lot of opinion about you and people will say 100 things. People will call you arrogant without knowing you. People will call you to be vulnerable but only you as person will know what it really is and what exactly is the journey you are in. Somewhere I had started to worry about the outcome of a project. Yes I worried about it and was not being stuck up. Things changed so quickly after the release of Aruvi nevertheless a change I learnt to handle with time irrespective of it being good or bad. At the end of the day, final outcomes were and will never be in your hands. The most I can do is to give everything I can and do the best.

At this point of time, I must really thank the entire team of Aruvi to whom I’ll eternally be grateful. My knowledge of films started there but there is a long long way for me to go and to learn a lot more. I need all your blessings and prayers. @arunprabu_p , Anjali akka @pakkiyarajkothai @shelley_calist @prabhu_sr @yeshwanth_zg @bindhumalini @vedanth_bharadwaj

Lastly, all the love people have given me from all corners made me who I am today and I’ll need all your prayers and blessings in the future to keep me going. (sic)”