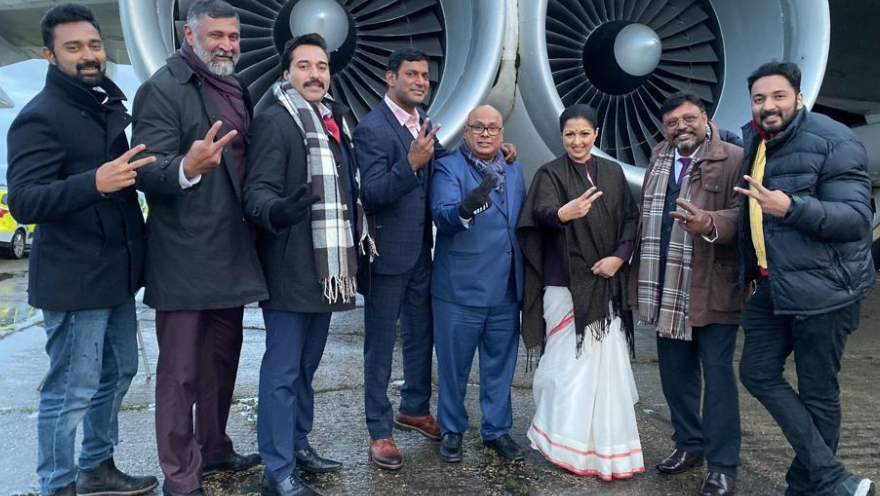 Actor Gautami Tadimalla, who was last seen in Malayalam film E, has landed a key role in Vishal starrer Thupparivaalan 2, which is being directed by Mysskin. The makers have not officially released the cast list yet. However, a couple of pictures from the UK schedule of the project has been released and they feature Gautami as part of the cast.

Thupparivaalan had featured Simran, another actor in a brief role. It’ll be interesting to see what role Gautami will essay in the film.

After shooting a long schedule in the UK, the team returned India over the weekend. The second schedule will soon begin in Chennai.

The project went on the floors on November 4 in Bristol, London. To mark the commencement of the project, the makers had released a statement in which they announced signing Ashya as the lead.

Thupparivaalan 2 was shot on Baker Street in London as a tribute to Sherlock Holmes, who has been a major inspiration for Vishal’s character, according to Mysskin. During the filming of Thupparivaalan, reports emerged that the film was heavily inspired from Sherlock Holmes. Mysskin had said only his lead characters were inspired by Sherlock Holmes and Dr. Watson.

“Everyone gets inspired from something or the other. Edgar Allen Poe came up with the first detective story and then came Sherlock Holmes. There is a thin line between inspiration and plagiarism,” Mysskin had said in a statement.

The film, which also starred Vinay Rai, Andrea Jeremiah and Anu Emmanuel, has been regarded as Vishal’s best work in a long time. Thupparivaalan 2, which hits the screens next year, also stars Prasanna, Rahman and Aditya Menon among others.