Home Celebrity Dhanush Has Started Shooting For His Next Film; See Pics!
ShareTweetWhatsapp

Director Mari Selvaraj, who made a very strong impression with his maiden film Pariyerum Perumal, has joined hands with actor Dhanush for his second project titled Karnan.

The film was announced nearly six months ago, the film finally went on floors on January 4th! 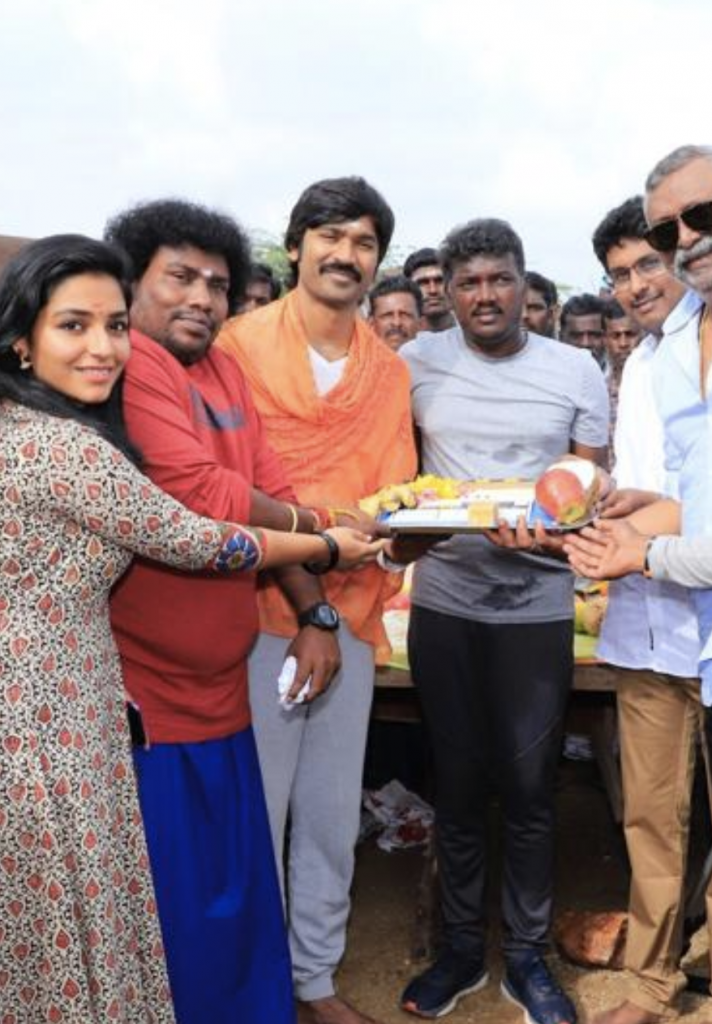 The film will be produced by Kalaipuli S Thanu, Karnan will also star Malayalam actor Rajisha Vijayan as the leading lady while Yogi Babu will be seen in a key role.

Talking about the project, director Mari Selvaraj revealed that

“Dhanush gave me the chance to work with him after watching Pariyerum Perumal. Just like my first film, this one will also address an important issue.”

Pre-production has been going on for the last couple of months. When the project was announced, Dhanush said that he was excited to work with a talent like Mari.

Meanwhile, Dhanush recently wrapped up the shoot of his upcoming Tamil action-thriller directed by Karthik Subbaraj. Currently dubbed D 40, Karthik’s film sees Dhanush play a gangster. Recently, pictures of Dhanush with handlebar moustache from the sets of the film went viral on social media. It is rumoured that Dhanush will be seen in this look in the flashback portion of the film.

More updates to follow! I am sure it is going to be a hit film with a strong message!