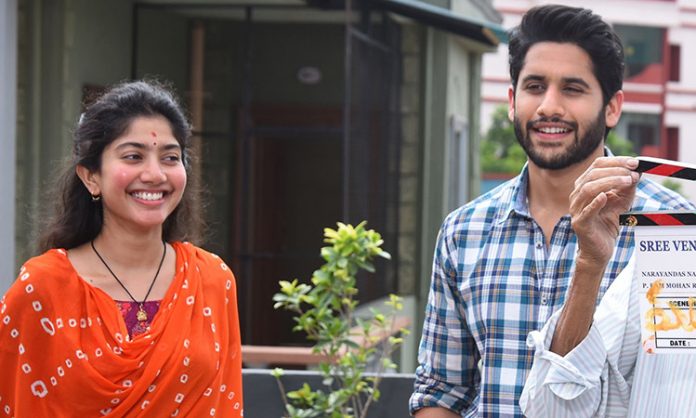 The project, directed by Sekhar Kammula, marks the maiden collaboration of Naga Chaitanya and Sai Pallavi.

“It’s a love story of a boy and girl who move to the city from their village to pursue their dreams.”

The film, being produced by Ram Mohan Rao, will be wrapped up in three schedules. The project went on the floors last September and it’s currently on the verge of being completed. If everything goes as planned, the film will hit the screens this summer.

Chaitanya was last seen in Venky Mama and Majili, which also starred Samantha in a crucial role. In Majili, he played a failed cricketer turned rowdy. It was his first release post marriage with wife Samantha Akkineni.

More updates to follow but these two look so cute!!