Home Movies Pattas Review: A Fun Masala That Doesn’t Live Up to Its Epic...
55
SHARES
ShareTweetWhatsapp

This Pattas review contains as many spoilers as its trailer…

A mother (Sneha), draped in a Saree and exhaustion scurries through the forest, clutching her little son closely to her chest. A bunch of foreigners with veins popping out of their muscular arms chase. They attack her. First, they push her around, then they get a little bit more violent. She’s wounded, blood dripping from the deep gash across her temple. The little kid drops with a hard thud on a large tree bark. The mother wails in agony. Now, she retaliates. She drives two of her fingers through one of the foreigner’s necks like she’s Bruce effing Lee and rips out his Adam’s Apple, right as the police arrive. She’s sent to jail for close to 20 years (her crime: violence against the supreme almighty beings known as white people).

In those years, the little kid who had supposedly died in the forest has grown into a millennial petty thief (Dhanush) who when not thieving, dances to songs with PUBG references (“winner, winner, chicken dinner”) and sings about how he doesn’t shower during water shortages. His name is Pattas and he’s kind of a loser and a bum. But as he will soon find out, his story will take on a form that’s almost mythic in nature.

His father, Thiraviyam Perumal also played by Dhanush, was a master of Adi Murai, an ancient Indian martial art form, just like his father before him. Pattas’ mother told him war stories while he was still a fetus snuggled up in her womb. Perumal was eventually betrayed and murdered by his best friend, nay, brother (Naveen Chandra). So, years later, in the present, Pattas must put aside the thief and become who he’s born to be. He must fight (in an MMA arena) and defeat the man who killed his father. As they say, destiny awaits. This is a cracker of a masala premise. It’s taking high fantasy and fitting it within the realm of heightened reality. It’s Baahubali set in the present day. 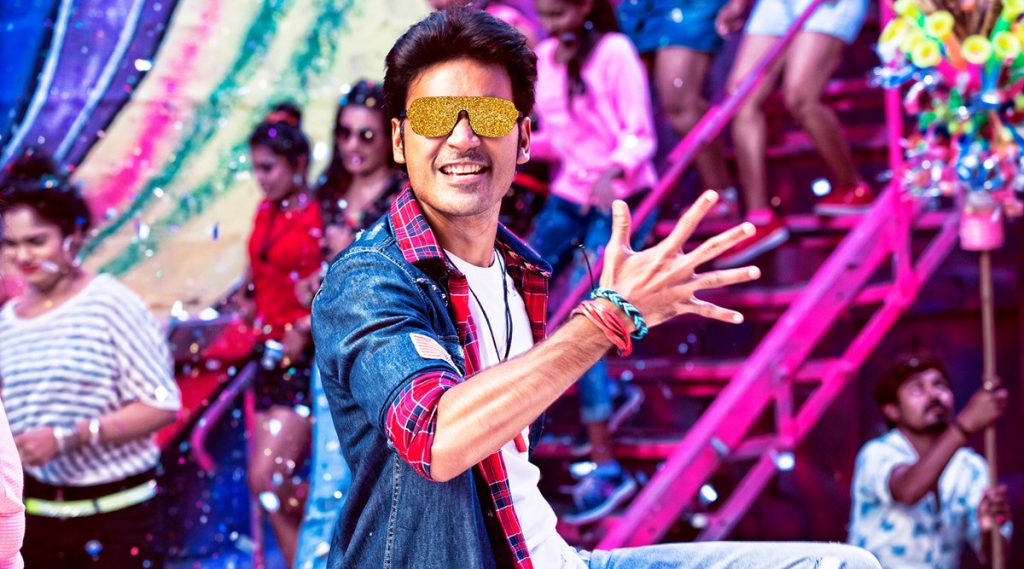 The problem is, R. S. Durai Senthilkumar doesn’t turn his screenplay (which is filled with juicy bits of writing) into a complete film that touches your soul. Pattas could’ve been another career-defining ‘masala’ epic for Dhanush. Sadly, it feels like a 3 and a half hour picture condensed and compressed into 150 minutes to make it palatable for today’s audiences (I’ve recently discovered that there are people — like actual living, breathing human beings — who watch movies at home at 1.5 x the normal speed). It’s directed and edited to quickly hit plot points before rushing onto the next one.

Durai Senthilkumar doesn’t linger on any particular moment. Characters aren’t given room to breathe. When Pattas learns life-changing information about who he really is, we don’t get scenes where he’s simply internalizing all of it. The relationship between Perumal, Nilan and his father (Nassar) during the mostly-fantastic flashback portion doesn’t feel fully fleshed out. It’s as if chapters of a book have been ripped out and we’re presented with the TL;DR version.

Even the transition to the emphatic flashback lacks a sense of rhythm. I keep thinking of the scene in Baasha where Manickam’s brother comes home and grills him. The scene slowly builds and builds until their mother gets pissed off. Then we see Manickam slowly walk towards his room and shuts the door behind him. The music swells and the camera just lingers on Rajinikanth, who closes his eyes and we slowly fade to the explosive backstory. In Pattas we simply and awkwardly cut to the flashback accompanied by Sneha’s voice over. Where is the build-up? The gradual and controlled escalation? Yes, I still jumped out of my seat and cheered like a 14-year-old girl at a BTS concert, but it didn’t come from a place of internal animalistic fervour, rather because Dhanush is the kind of star who emits one billion volts of electricity that penetrates the screen and zaps you like a lightning bolt. 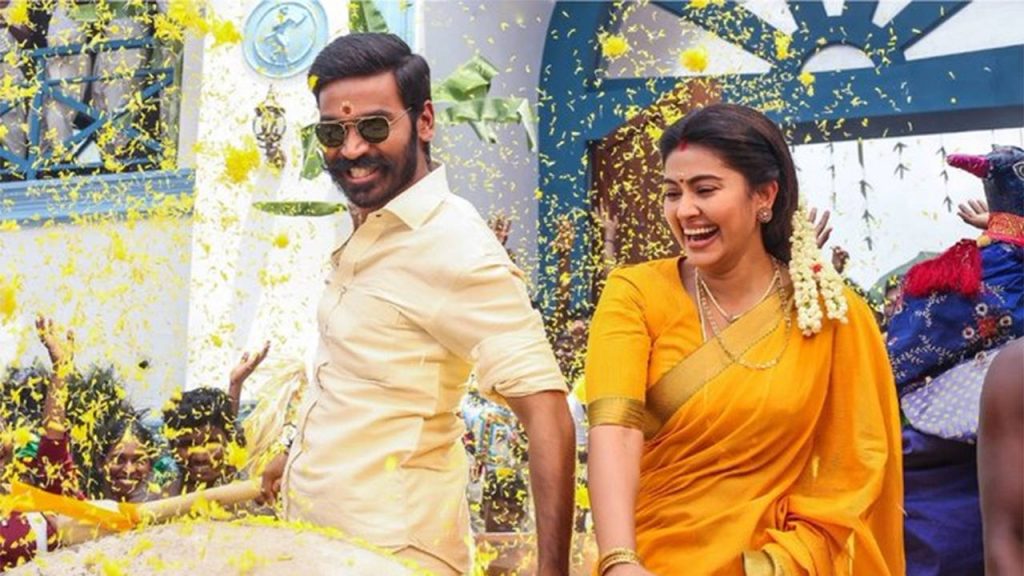 That said, the flashback which is set in a dusty and sandy village is the best part of Pattas. It’s not only alive, but it’s also furnace hot. There is a sense of solid worldbuilding. Watching bearded Dhanush perform Adi Murai amongst hundreds of students during the ‘Morattu Thamizhan Da’ song sent shivers down my spine — the same kind of shivers I think Vijay fans would’ve felt watching ‘Aalaporan Thamizhan’ in Mersal — and filled my eyes with warm passionate tears. The romantic track with Dhanush and Sneha is mature and earnest (and they have good chemistry harkening back to the days of Pudupettai).

Also, how many times can one talk about Dhanush’s talent as an actor? Just look at the subtle twitches on his face when Nilan reveals his plan atop the watchtower. Nassar is perfect as the father/shifu figure. The action scene which takes around a burning dojo is emotionally charged and there’s also a fantastically staged, powerful death scene. I just wish this portion of the film would’ve been longer.

I also wish that Durai Senthilkumar was as invested in the rest of Pattas as he was in the flashback. Because boy does it really fall flat on its face during the last 30 minutes or so. We get some limp kickboxing matches that’s void of tension and drama and a completely out of nowhere streetfight between hero and villain to wrap it all up. The writing choice here is baffling. Why couldn’t the MMA matches have built towards an adrenaline-fuelled son vs son match to mirror the father vs father fight that took place in the past?

There are other missed opportunities as well. Think about the way the cracker of a song, ‘Mavane’ is used. It blares through the speakers during the mandatory training montage sequence. But I can’t help but wonder why it wasn’t used during the flashback sequence as well when Perumal was in action (see the way it’s wonderfully used in the trailer)? These little echoes are important in a masala film. Consider the way ‘King of the Sea’ is used in Vada Chennai. You hear it first when Rajan makes his entrance in the past. And later, in the present, when Anbu becomes the leader of his slum, the same musical score accompanies him.

Despite all its issues though, Pattas is still an enjoyable film. The genre has generally been unkind to women, relegating them to damsels in distress and/or hip shakers in dance numbers. Here, Sneha not only gets a meaty role, she also gets to kick serious ass. Vivek-Mervin’s entire album is great and they’re wonderfully integrated into the narrative (there’s no random intrusive song that transports you to beautiful locations in Europe). And Dhanush is one of those actors who’s capable of lightening up even the dullest of frames. It has all the right ingredients to be a genre classic. It’s a shame then that the chef wasn’t quite on form.