Check out the poster here:

Dear Friends, We are in the midst of completing the movie. A very more scenes to be shot. However, due to the MCO, we would have to put our collective health and the good of the nation as a priority hence postponing the shooting. We regret not being able to bring our work to you sooner but this project is close to our hearts and we will do our best to bring it to you as soon as possible. In the meantime, we would like to release the poster for the first character reveal: @jamesdevanarokisamy as Takshak! #nagariseoftakshak #pravdastudio #redfoxy #soundniversstudio

Bankrolled by Pravda Studio, the film features Haze Chacko, Kabinaesh, Braveenkumar, Kiru, Keshap and many more. On the music front, V.A Pravin will be composing the songs for the film. James Devan Arokiasamy will be playing the lead character, Takshak. 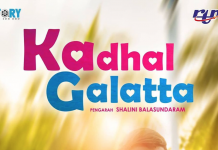 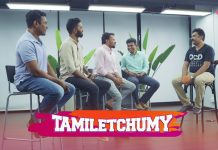 Varnam Malaysia speaks to the Producer and Male Cast of Tamiletchumy