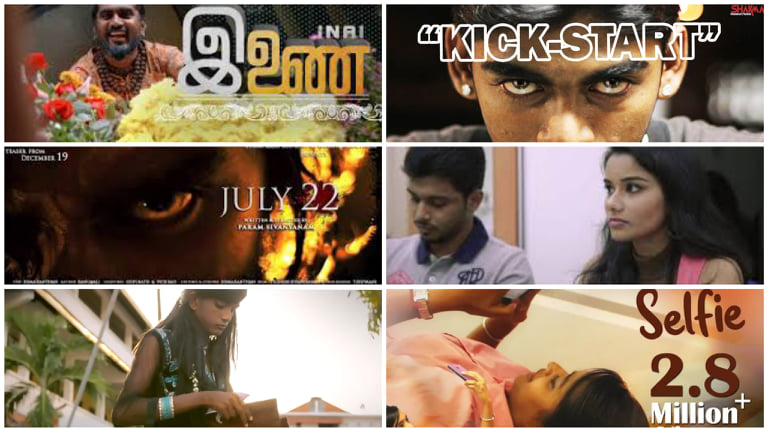 We’ve compiled a list of Malaysian Tamil short films for you to enjoy while you’re stuck at home during the movement control order (MCO). Check them out!

This award winning short film was directed by S.Balachandran. Kick Start won the BMW Shorties 2010 People’s Choice Award. It’s a film that depicts the racism in Malaysia and how it triggers a domino effect in the lives of a young man.

Venpa is a short film directed by K. Kavi Nanthan. Venpa tells the tale of a man’s struggle with his past, how he refuses to let love into his life because of it.

Inspired by true story, Inai is a short film by Shalini Balasundaram. Starring Magen Vikadakavi, this film has music by Ztish.

Selfie is a short film directed by Yoges. This film depicts the harsh reality young girls face in Malaysia, as a result of a society that does not understand the meaning of consent.

Thirunangai is a short film by Marsk Nation Production. This short film is dedicated to all transgenders. A transwoman is not accepted by her family depite carrying out all his resposiblities. How will her short unfold?

This is a short film directed by Param Sivanyanam. This romantic thriller has a really unique background score which makes it a worthwhile watch.

These films are just the tip of the iceberg among the many superb local short films. We hope you enjoy them!