Keerthy Suresh revealed in an Instagram live chat that she has been roped in as the leading lady in Mahesh Babu’s upcoming film Sarkaru Vaari Paata, making this her first collaboration with the popular Telugu star. The film, which will be directed by Parasuram, was officially announced May 31 on the occasion of Mahesh Babu’s father and veteran actor Krishna’s birthday. 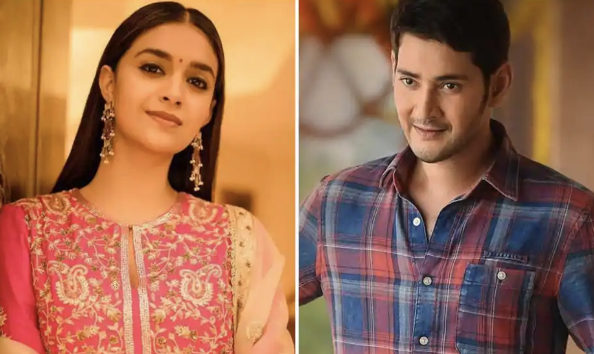 On the occasion of the film’s launch, Parasuram took to Twitter and wrote:

“My long wait to direct superstar Mahesh Babu garu has come to an end. Overjoyed and eagerly waiting to be on the sets. It’s a dream come true.”

The film will have music by SS Thaman while PS Vinod will crank the camera. The rest of the cast and crew will be announced soon. Sarkaru Vaari Paata, which will go on the floors as soon as the lockdown is lifted, will be jointly produced by Mythri Movie Makers and 14 Reels Entertainment.

Mahesh Babu’s last release Sarileru Neekevvaru was a blockbuster. The film, directed by Anil Ravipudi, raked in over Rs 200 crore at the box-office. The actor played a soldier who comes to a small town and saves a family from the clutches of a rowdy politician.

Keerthy has Tamil film Annaatthe, which stars Rajinikanth, in the pipeline. In the film, she will be seen playing Rajinikanth’s sister. Keerthy’s latest release Penguin, a Tamil serial-killer thriller, premiered on Amazon Prime Video on Friday. The film sees her playing a pregnant woman searching for her missing firstborn.

Malaysian local artistes have done it again! They have once again shined on the international stage after Tamil short film,...

Netflix’s 90s Tamil Classics That Are Worth Your Weekend

Hey there, the weekend is only a day away, but have you planned anything to make this Saturday and Sunday...

Kodiyil Oruvan; A Political Flick That Hits All Frothy Diversions

Kodiyil Oruvan, billed as an engaging mass political action flick which revolves around a son accomplishing his mother's dream of...