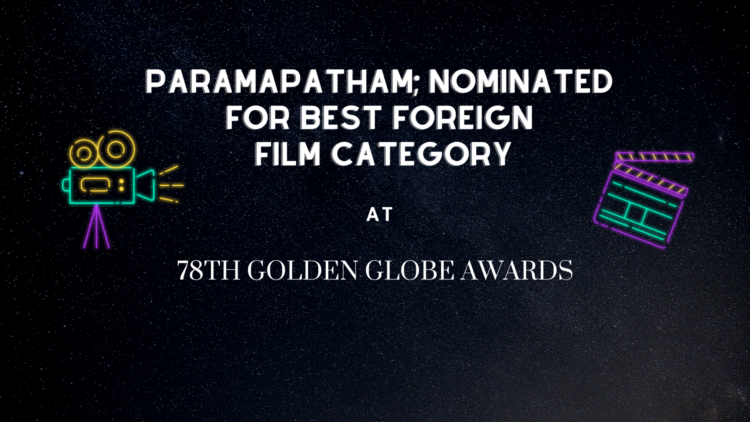 The mystery thriller film, starring Ben G, Ago, Umaganthan, Vikki Nadarajah, and Kavi Maaran, depicts the tale of an archaeologist, Aroon, and three of his friends delving on a journey. An ancient board game is discovered by Aroon, and what occurs next makes up the plot.

The news was announced to netizens by Viknes Perrabu on his official Instagram page:

Prior to the grand Asian Book of Records, the local film has already received numerous awards, such as Best Cinematography Award, Best Feature, Best Director Award and many more on the list.

After winning 16 awards at different film festivals, Paramapatham has also been honoured by The Malaysia Book of Records for “Most Tamil Movie Awards won by a Movie Director.”

The local film Paramapatham was reported to appear at next year’s 78th Golden Globe Awards for the Best Foreign Film Category. The thriller that has yet to be released will be among the 139 foreign-language films from 77 countries that will compete for the top prize at the ceremony next February.

The film will be competing alongside one of the best films from Tamil Nadu which are Asuran and Soorarai Pottru!

Congratulations Paramapatham team on this wonderful achievement made!