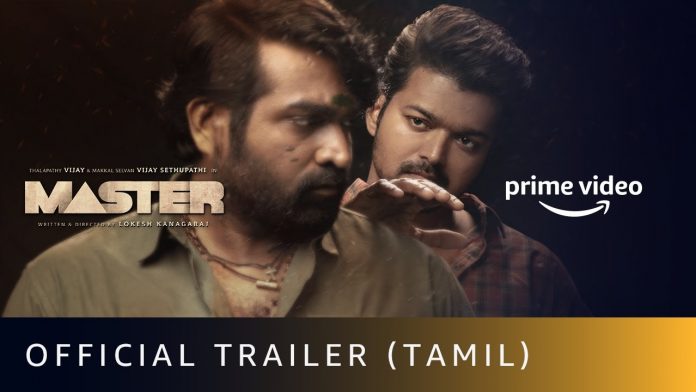 Yesterday, an exclusive announcement was released about Master‘s digital release. The movie will premier worldwide on Amazon Prime on 29th January at 12am.

Initially, the producers of the movie were certain that it would not opt for a digital release. However, now, they are making it available to everyone who are not able to visit theatres to watch the movie due to the Covid-19 pandemic.

within 13 days of its release, “master”s box Office hit was over 220 crores worldwide.this is a landmark to showcase Vijay and Vijay Sethupathi‘s combo has a massive impact on the audience.

Master, pledges a squabble between the two big names, the characters of Thalapathy Vijay and Vijay Sethupathi, keeping the audience at the edge of their seats.

The movie centres around an alcoholic professor (Vijay) sent to a juvenile school, where he clashes with a gangster named Bhavani (Vijay Sethupathi), who uses the school’s children for criminal activity.

On that note, grab some popcorn and get comfy on your couch as you experience the action-packed thriller safely with your family.