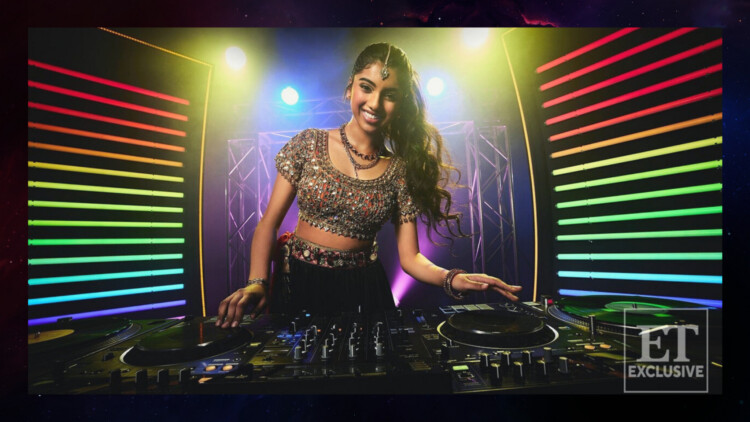 Avantika Vandanapu, who plays Rhea Kumar in this film, is the main figure and an Indian DJ!

To begin with, the protagonist is an Indian-American teenager, and the story follows her exciting experience as she strives forward towards her much passionate career as a DJ, mixing Indian and Western music.

Rhea therefore seeks a way to pursue her heart in this exciting screenplay. The talented 15-year-old is bred in a multigenerational family with an intriguing storyline! Encrypted with a passion for dance, rhythms and beats, Avantika had the opportunity to unleash her inner flames towards DJ-ing in Spin.

Well that’s defo something to look forward to, especially being premiered on an international platform! Spin on Disney Channel is invigorating in a plethora of ways!

This movie is all about family, friends, an Indian girl growing up to achieve her dreams fuming her passion with a touch of English and Indian beats, whilst juggling the hurdles of a teenager and stranded in between commitments tied to her father’s restaurant.

Manjari Makijany, an Indian writer-director based in Los Angeles, directed the film.

She also worked on Desert Dolphin, India’s first skateboarding film, which will be released on Netflix worldwide in 2021. The movie has for sure surpassed multiple barriers, earning the entitlement in history as the first international film to be withheld by Indians in Disney.

Kudos folks in making such a huge remarkable hit in such a celebrated platform, Disney!