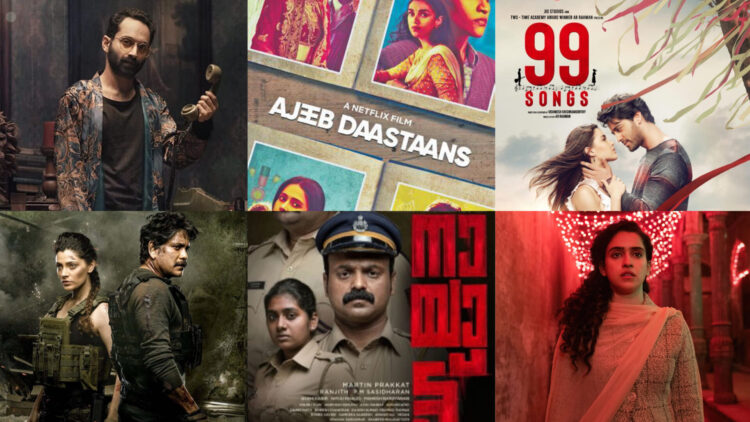 Friday has arrived, and all you have to do now is wait a few more hours for the clock to strike 6 pm, and you’ll all be feeling the tingles of the weekend. Even though working from home  gives you the comfort of lazing around or in other words “taking rest” whenever you want, it is still a challenging task to take on.

So, after all of the challenges over the weekdays, it is well worth it to spend the weekend with your family in front of the television. With our government’s strict orders on SOPs, it’s best to stay at home and watch some Netflix movies with your family. Right?

Hence, here are some movie recommendations for you to enjoy over the weekend!

A blooming musician accepts the challenge of writing one song that can change the world in order to reunite with his girlfriend. “Indha ulagathula irukkara ketta pazhakkangal vyaadhigal ellathayum vida kodumayanadhu… music,” a father tells his son at the beginning of the movie. It’s the kind of shocking statement that makes you sit up and pay attention right away, especially since the film’s story is written by AR Rahman!

Wild Dog is a straightforward story about a team attempting to apprehend a terrorist. The film explores the aftermath of these heinous incidents, based on facts with a touch of cinematic liberty.

Alex Parayil, an aspiring novelist, is dating Archana Pillai, a high court lawyer. Alex plans a no-phone getaway with Archana in a hill station to get away from the hustle and bustle of city life. However, due to a series of events, the couple finds themselves in an old mansion, where they meet a stranger. The real horror begins when the trio discovers a woman’s dead body in the mansion’s basement. Who is the killer?

Nayattu (The Hunt) sparked a slew of debates, from its plot to caste politics to cinematography and, of course, quality acting. Praveen Michael has been appointed as the new Chief of Police. A local political goon with ties to COP Sunitha is summoned for causing constant havoc. Praveen and senior police officer Maniyan fight the goon and imprison him in the cell. However, they later receive a call from the SP asking them to let him out. However, things spiral out of control, and the three police officers flee.

In a tragic and untimely incident, a newlywed woman loses her husband. She gradually comes to terms with her departed spouse’s hidden secrets as she becomes dependent on him and his middle-class family, discovering her self-worth in the process. The film perfectly captures a typical orthodox Hindu family in grief, and its nuanced approach to relationships, as well as flawless performance, make it a joy to watch.

Ajeeb Daastaans, produced by Karan Johar, is an anthology of four stories about fractured relationships and unexplored spaces. The Netflix film delves into the themes of jealousy, entitlement, prejudice, and toxicity, which are frequently found at the heart of relationships. Each story promises to take you on a journey where you will wrestle with the moral quandary of what is right and wrong.

The movies listed above are not in any particular order, but they are all well-received and some of them are also highly recommended for moviegoers to enjoy. Do you have any other movie recommendations for us? Please share your thoughts in the comments section below! 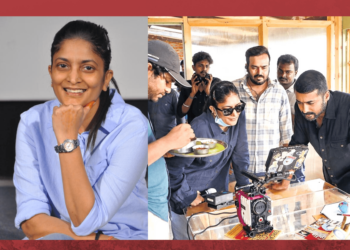