Valimai First Look Poster; Ajith Is Back With A Bang And We Can’t Contain Our Excitement

However, the date of its release has yet to be announced. 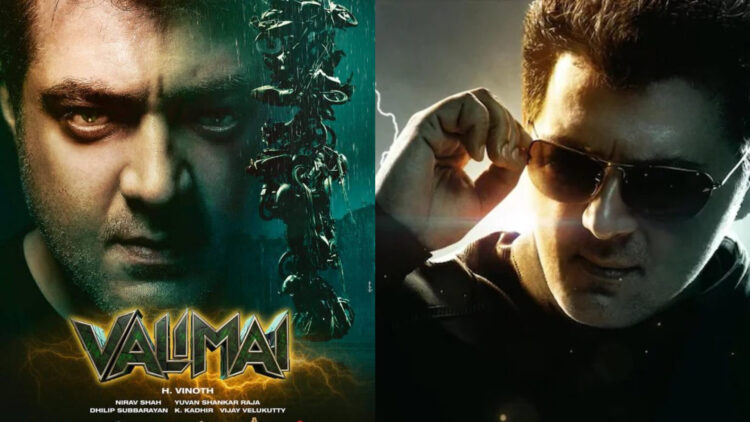 Fans of Thala are experiencing a high level of excitement after seeing Valimai’s first look poster. The filmmakers have been waiting for this moment for nearly two years.

The actor is introduced through a look, with the caption, ‘Power is a state of mind.’

Arjun Kapoor, whose father will work with Ajith Kumar in the film, is very excited to share the first look poster with his fans.

In the 1.23-second Valimai video, the actor is seen zooming around on a bike while wearing a fierce expression. The film will be released in 2021, but no specific date has been announced. Valimai, on the other hand, will undoubtedly be released in theatres.

Aside from that, Valimai’s first look has four moods.

According to reports, the first look was supposed to be released on Ajith’s 50th birthday, 1st May. However, due to the second wave of the coronavirus pandemic, the poster’s release was delayed. Boney Kapoor issued a statement earlier this year explaining the reasons for the delay in Valimai’s first look.

In addition to Ajith, the film features Huma Qureshi, Kartikeya Gummakoda, Yogi Babu, and veteran actress Sumitra in key roles. The film’s music will be composed by Yuvan Shankar Raja. The film is directed by H. Vinoth, who previously directed Theeran Adhigaaram Ondru, which was released in 2017.

What do you think of Valimai’s first look? Please share your thoughts in the comments section below.