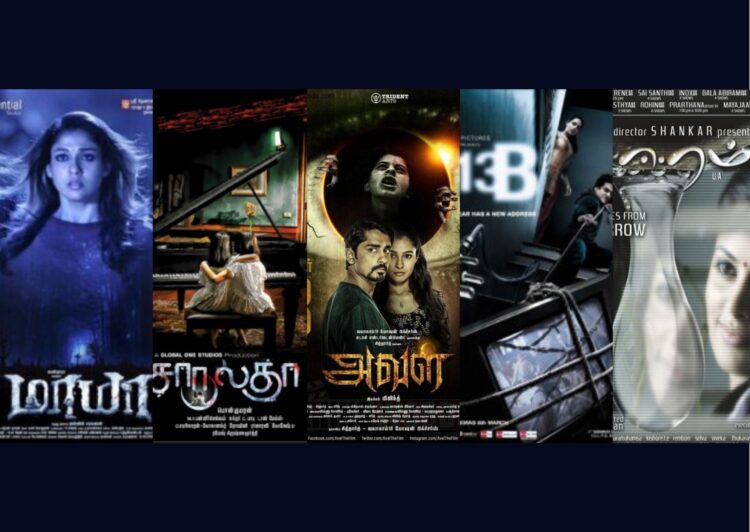 The horror genre knows no boundaries or languages. Each and everyone of us have our own mythology and horror stories, many of which centre around its individual belief systems and culture.

If you’re looking for a movie to bring the chills, you have landed on the right page. These are the best of the best we recommend you to watch with your beloved one this weekend.

Manohar (Madhavan) and his family move into a new apartment, 13B, on the 13th floor, realising his life’s greatest desire. However, they face a succession of little but weird happenings (such as spoilt milk), which is seen as unlucky by his family but dismissed by an ecstatic Manohar. Following that, he experiences a slew of exciting occurrences… No more spoilers, just watch the whole thing and be thrilled.

Vikram Kumar wrote and directed the 2009 Indian Tamil / Hindi psychological horror film Yavarum Nalam. The lead actors in the film are Madhavan and Neetu Chandra. Suresh Balaje and George Pius produced the film, which was concurrently shot and released in Hindi before being dubbed in Telugu. The picture, which was released in 2009, garnered overwhelmingly good reviews and quickly became a box office success. The film was named as one of the greatest films of 2009 by Rediff.

The film Aval tells a narrative set against the backdrop of a haunted mansion. A neurosurgeon (Siddharth) and his wife (Andrea Jeremiah), a newlywed couple, relocate to a new neighbourhood. The paranormal events generated by a ghost in the house next door have an impact on the couple’s family. (PS: This movie is super scary)

Aval was directed by Milind Rau in Tamil and The House Next Door in Hindi, a 2017 Indian horror film. The film, which was shot concurrently in Tamil and Hindi, stars Siddharth and Andrea Jeremiah in prominent roles, with Siddharth also serving as co-producer and co-writer. The film was a hit once it was released on 3rd November, 2017, to largely good reviews in all languages. 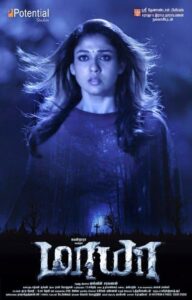 This movie depicts Aari working at a print media company and is assigned to a horror series. While working on it, one event involving an old mental facility deep within the Mayavanam jungle interests Aari and his companion, played by Amzath Khan. Because the episode they’re working on is based on a book that depicts the narrative of a certain Maya Matthews is factual, Aari and his pal delve further into the topic, hoping that the issue they’re dealing with is nothing more than a work of fiction. Nayantara’s life, on the other hand, is recounted. She is an actress and a single mother facing major financial difficulties. The question of how her life is linked to the figure Maya Matthews is at the heart of this enthralling novel. (We can witness a new side of our Lady Superstar)

Maya is a 2015 Tamil horror film written and directed by Ashwin Saravanan. It stars Nayanthara in her 50th film and Aari as the lead. Lakshmi Priyaa Chandramouli and Amzath Khan played minor parts. This was Nayanthara’s 50th film, and it is recognised as one of Tamil cinema’s finest horror films. It was one of the highest-grossing Tamil films of 2015.

Eeram starts off when Vasu, a conscientious police officer, is obliged to investigate his former lover’s alleged suicide. He gradually realises that there are incomprehensible forces at work, particularly in the surrounding water. The film’s intriguing idea is supported by logic and does not leave too many gaps for the audience to fill. (One of the best thrilling horror movies I would say)

Eeram is a 2009 Tamil supernatural criminal thriller film written and directed by Arivazhagan, and produced by S. Shankar. The lead actors in the film are Aadhi, Nandha, Sindhu Menon, and Saranya Mohan, with Srinath, Lakshmi Ramakrishnan, and Krishna playing supporting parts. At the box office, this film has been considered a blockbuster.

The movie portrays the conjoined twins Charu and Latha played by Priyamani. Charu and Latha were one body and soul in Vizag till Ravi (Skanda Ashok) entered their life. Both sisters fall in love with him, but Ravi falls in love with Charu, which causes a schism between her and Latha. Finally, their mother (Saranya Ponvannan) intends to surgically separate their linked bodies. However, the procedure leads to Latha’s untimely death and leads to strange things happening around Priyamani.

Chaarulatha is a 2012 Indian horror film that was shot in Kannada and Tamil. Pon Kumaran, a former partner of K. Bhagyaraj and K. S. Ravikumar, directed the film, which stars Priyamani in the major role. The film was an adaptation of the Thai horror film Alone, which was inspired by an episode of Tale From The Crypt called My Brothers Keeper.

Prepare your popcorn and blanket, and get ready to be terrified!