And an honour it indeed is! 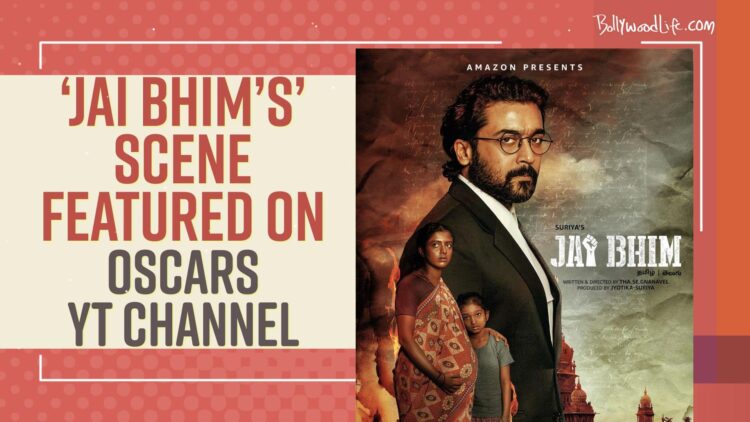 Jai Bhim did exceptionally well after it hit the Over The-Top (OTT) platform. Not only because it received critical acclaim from audience and critics alike, but also because it struck a chord with the masses that was hard to miss.

Despite being embroiled in a number of controversies following its digital distribution on Amazon Prime, the flick managed to create a stir unlike any other. But it’s still doing so, especially since one of the scenes from the film, along with the director’s main narrative, has been featured in the Oscars’ official YouTube channel.

An honour of the highest order!#JaiBhim has been featured in the official YouTube channel of @TheAcademy #SceneAtTheAcademy

And there’s more good news lining up on it’s way. One of the film’s pivotal moments was released to The Academy Awards’ Youtube channel and has received over half a million views since then. The script writer and director, TJ Gnanavel explained how the storyline was combined together  in this 12-minute short clip, which includes real-life case studies.

Helmed by TJ Gnanavel and produced by Jyothika and Suriya under 2D Entertainment, the intriguing flick is based on a true story which happened in 1993 where a case was fought by retired Justice K Chandru. It needs to be mentioned that 39 years ago, Richard Attenborough’s Gandhi was nominated at the Golden Globes under the category of Best Picture – Foreign Language and emerged as a winner.

Jai Bhim might not be a classic because of its flaws, but it certainly deserves a big applause for its fine storyline.