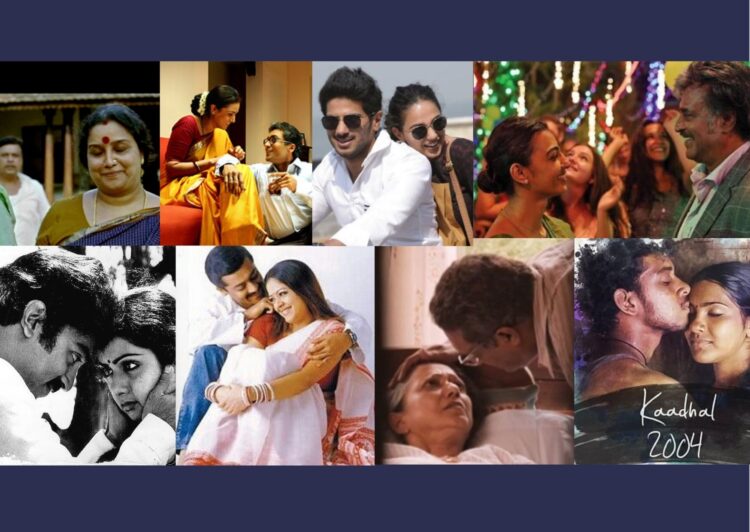 Love it or hate it, you just can’t ignore Valentine’s Day.

It’s a perfect moment of reflection on some of Tamil cinema’s on-screen couples who have lived with us even after the film has come to an end. While love is a prevalent theme in films, with almost every flick featuring a romantic track, the storyline seldom gives it more weight than a few duets in the snow.

Romantic genre films such as Alaipayuthey, OK Kanmani, and Vinnaithaandi Varuvaya are popular romance flicks which come to mind immediately when someone mentions the genre. In conjunction with Valentine’s Day, let’s have a look at films which are not conventional romances but have nevertheless caught our eye because there’s something different about the relationship and how it has been portrayed.

Helmed by Pa Ranjith, the film subverted many tropes that we’ve come to expect from Rajinikanth films, not in the least the treatment of women characters. Though Kabali is told that the woman he loves so much might have been raped and may have been sold into a brothel, he’s eager to find her. This is a major shift from popular cinema’s portrayal of rape and sex labour as a loss of “honour” (perhaps with the exception of Mahanadhi). Kumudhavalli is very vocal and even orders her husband about, which has been a definite no-no in Rajini flicks thus far.

The song Mayanadhi, which symbolises their reunion, is full of the two actors’ passionate chemistry.

Moondram Pirai, which took the entire nation by surprise for its heart bleeding story was all because of Sridevi and Kamal Haasan’s promising performance.  From a well-educated sensible girl from Chennai to losing her memory and reverting to a child’s mind, Sridevi created magic on screen. The kind hearted Kamal Haasan takes care of temporarily mentally challenged Sridevi to good health only to earn back sadness and heartbreak. The most painful incident was when she regained her memories but couldn’t identify Kamal Haasan, who looks for her and is the reason for her memory being returned.

With one of the best storytellers in the business, Mani Ratnam, his 2015 romantic outing, OK Kanmani works and is revered for its contemporary take on the modern, busy, and candid millennial relationships.

The film’s fast-paced, complex narrative structure wonderfully reflects the film’s central theme, and Dulquer Salmaan and Nithya Menen, who play the contemporary couple, have incredible on-screen chemistry both inside and out.

The  portrayal of millennial angst in the most organic and non-judgmental way (by a director in his 60s). Considered by many as a modern-day classic (me included) and by many as an overrated showpiece, the extremes make for an interesting discussion anytime the movie is brought up at a party or social gathering.

The reaction shots of Prakash Raj exemplify what a great actor he truly is, a role that doesn’t make him act with a capital A (as is the case often) and Bhavani Aunty’s quirky, forgetful person character is written in a way that you always laugh with her and not at her.

Perhaps, in our time, the concept of love as immersing yourself fully in the person you love to the point that your uniqueness vanishes (a common occurrence represented in most of our parents’ relationships) is becoming a non-existent myth.

As the title implies, this film by Balaji Shaktivel is all about love, but it isn’t the candyfloss romance that we can blissfully watch while munching on popcorn. The film was about a young inter-caste couple named Murugan (Bharath) and Aishwarya (Sandhya) who defied society by eloping. 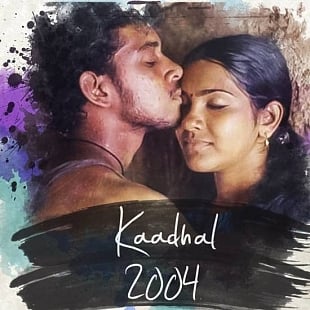 Based on a true life story, the film doesn’t stop with the elopement but also shows their struggle to stay together and survive. The film ends with Aishwarya and her husband taking care of Murugan, who has lost his mind thanks to the torture Aishwarya’s family had subjected him to. A hard to watch film, Kaadhal depicted an unsavoury reality that we don’t see often on screen without flinching.

Gautham Menon has since tried to repeat the chemistry between this film’s pair in subsequent cop films but they’ve never lived up to what Suriya and Jyothika could do together. 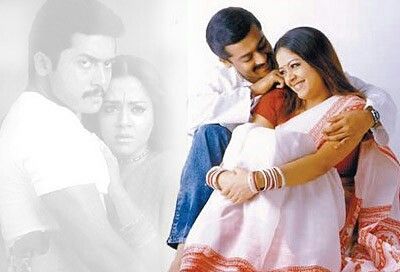 Suriya’s understated performance as Anbuchelvan, an upright police officer who is uncomfortable in the presence of a woman he’s attracted to, is among his best to date. Jyothika, who was known for her “bubbly” roles, played Maya, a teacher who expresses her feelings freely to the cop. Though their romance was short-lived, it was among the reasons why the film went on to become a big hit. 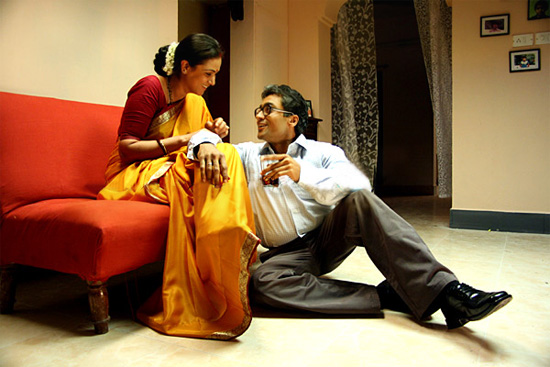 Very rarely do movies get one love track right but this movie nailed all three subplots. If you are a 90s kid, then Vaaranam Aayiram has goals max in more than one emotional level.  Every teenager my age would recollect a story of having been proposed to with a lyric or dialogue from this movie, or have had many of her friends hit the gym post a break-up all thanks to Surya.

Moving on to the more matured scripting of adult love as a form of companionship, where both parties with a similar moral compass and depressing past come to care for one another rather than the basic butterflies in the stomach.

We have two individuals who have loved and lost pretty early in their lives, rightfully shunned another relationships and choose to live with people who are dependent on them (a son in Meena’s case and aged parents in Arjun’s) as if to give their life a much needed purpose beyond sex, love and marriage.

A blissful tale of love!

Pannaiyar and Chellama are one such couple. This comedy film has the most beautiful depiction of time and love. How often do we see a film picturing an old man feeding his lady, teasing each other and secretly admiring each other? When Chellama laughs at Pannaiyar for spilling ink on his dress, he pours water on the grind she has been preparing and runs away like a child. This is the kind of romance that I yearn for when I get old. Both Jayaprakash(Pannaiyar)and Tulasi(Chellama) were impeccable in portraying the given characters.

If this ain’t the best way to look up to our favorite on-screen couple, I don’t know what else would be. Let me know if there are other couples you love as much and would recommend as your inspirations!