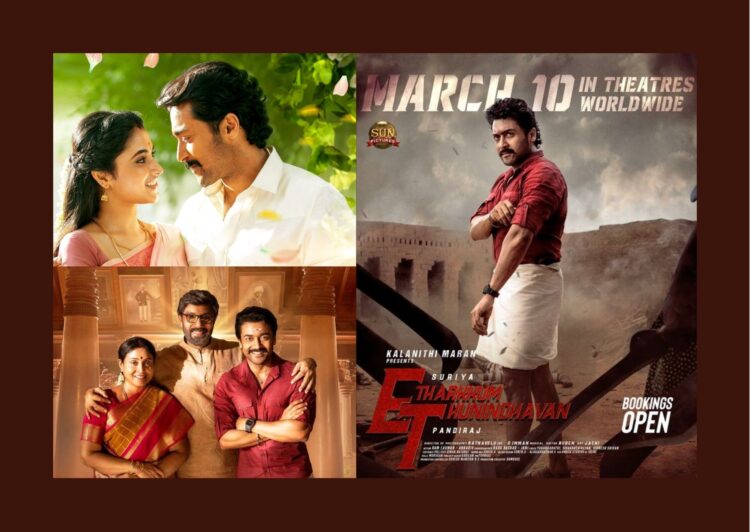 Suriya has distinguished himself as one of Kollywood and India’s most diverse actors over the last 25 years.

Despite the pandemic, the two films in which he starred was released digitally through the OTT platform which became a major blockbuster hit and received international acclaim. Soorarai Pottru and Jai Bhim are two of the greatest films that highlight his brilliance as an actor.

To all his fans out there, you no longer have to wait as his next blockbuster film is about to hit theatres worldwide!

Suriya is all ready to show off his mass action hero moniker in Etharkkum Thunindhavan or ET.

The trailer that was released a week ago, promises an action-packed flick, with shots of a rage-filled Suriya flaunting weapons and clashing with numerous people. The intriguing music and background score, produced by none other than D. Imman, adds to the awe.

After 15 years, we finally get to see the same Suriya from Vel.

Not only that, we can see in the trailer that the director has captured a taboo subject that classifies women as the weaker sex. Such, we can certainly expect a powerful message to be conveyed in this film.

Suriya remarked at the ET audio launch that he feels extremely special as his film is finally being released in theatres after two and a half years.

“This is a movie that you can watch with your entire family as my director Pandiraj scripted it brilliantly,” he continued.

Directed by the fame of Pasanga, Pandiraj, this flick stars Suriya and Priyanka Mohan as lead roles along with Arul Mohan, Vinai Rai, Sathyaraj, Saranya Ponvannan, Soori, Pugazh and other prominent actors whom make up the rest of the cast in this movie.

Are you wondering where will ET will be released? Don’t worry, we’ve got you covered. Lotus Fivestar has released the theatre listing for Suriya’s movie, which will be released all over Malaysia.

Check out the action-packed trailer below:

No plans for this weekend? It’s okay da, now that you’ve got one, get your tickets and enjoy the day with this action-packed film.