Kamal Fan's Are you Ready! What’s better than discovering that our one and only Ulaganayagan is coming to our shores for his movie Grand Launch?

Spearheaded by DMY Creation Sdn Bhd, Dato Mohamed Yusoff has ultimately set the hype nationwide by officiating its grand launch for Padma Shri Kamal Haasan’s much-anticipated movie that is scheduled to be held on 29th May 2022, Sunday, 2.00pm at NU Sentral, Kuala Lumpur. 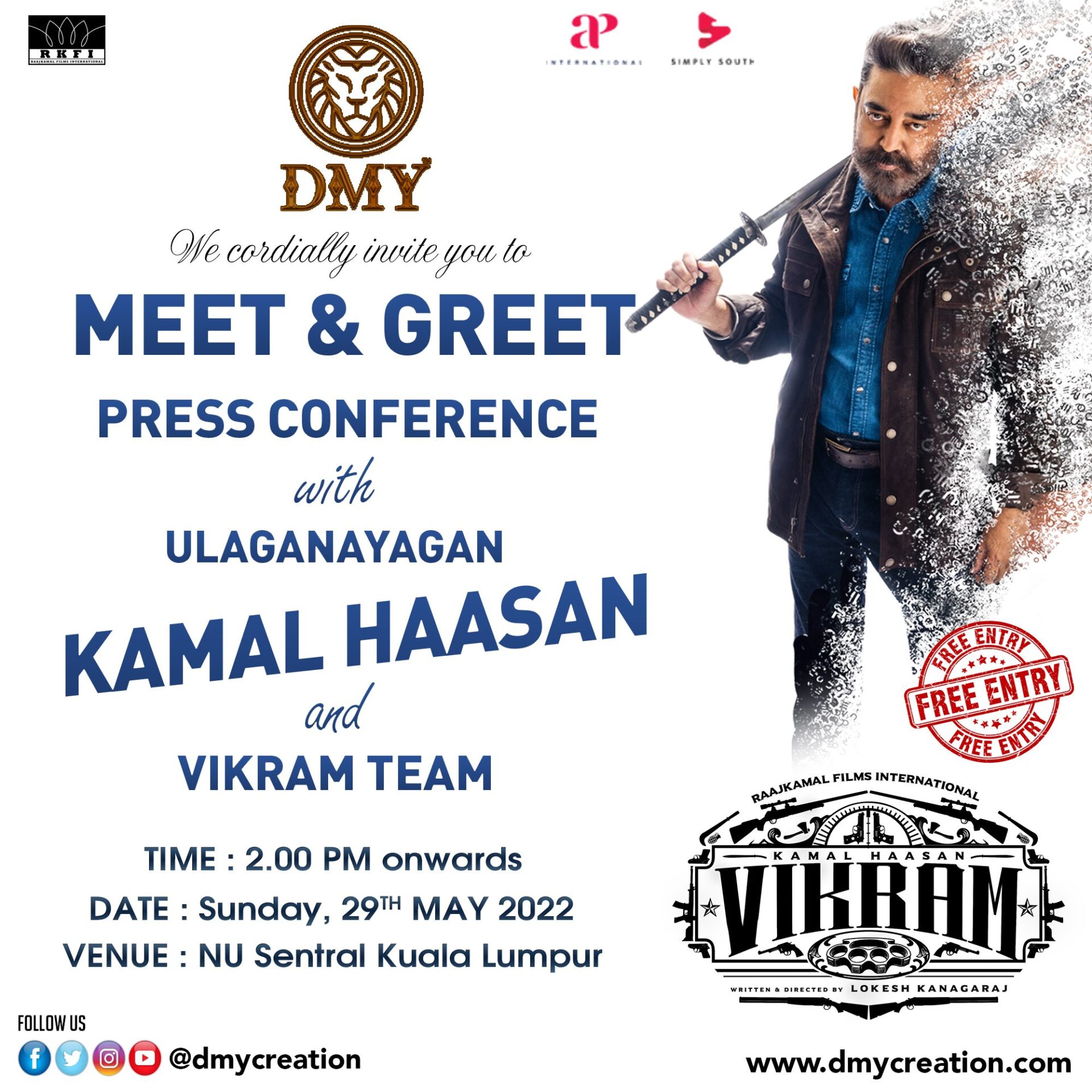 Since the announcement was made on social media platforms, it has triggered excitement among his fanbase and the public. With just a week to go for the film’s release, the hype seems to be rising by the minute.

Touted to be an action thriller flick, get ready to feel the thrills amidst the adrenaline rush and suspense. In a nutshell, this flick is definitely going to be a blockbuster hit! Featuring three powerhouse actors – Kamal Haasan, Vijay Sethupathi and Fahadh Faasil, Vikram is all set for its theatrical release on 3rd June 2022.