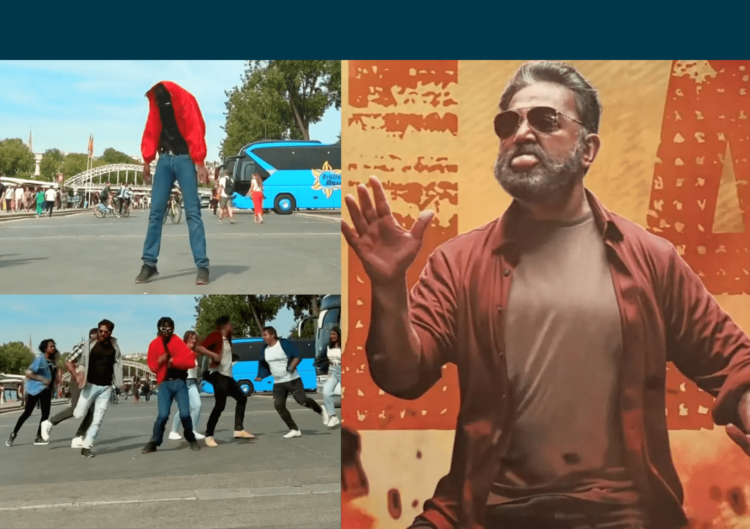 The ‘Pathala-Pathala’ track from Ulaganayagan’s VIKRAM movie has drawn netizens to join the viral trend and groove to the ‘Kuthu’ tune.

What makes us have the ‘wow’ feelings right now?

Recently, a French dancer named Jika amazed netizens from all around the world by uploading a mind-blowing dance performance to Vikram’s ‘Pathala-Pathala’ song. Damn, his dance steps were way too perfect tho!

Check out Jika’s offering below:

Since the video was shared on social media platforms, it has received tremendous positive comments and praises from Insta and TikTok fam with over 90,000 likes and shares in a few days’ time.

Among those who seemed to be impressed with Jika’s dance skills was Anirudh as well. Without any doubt, Ulaganayagan has ruled the entire track with his local dance steps that flow with full energy. This track will bring energy to whoever is listening to it because of its massy vibe.

Penned and crooned by the man himself, ‘Pathala-Pathala’ became a smash hit on all social media namely Instagram, TikTok, and Facebook. Kamal Hassan’s appearance and his dance steps eventually captivate the hearts of his fans. To be honest, Sandy master has choreographed the entire track on a different level to the extent where the whole music video was lit.

As we all know, ‘Pathala-Pathala’ track reveals Ulaganayagan Kamal Hassan’s massy vibe after so many years.