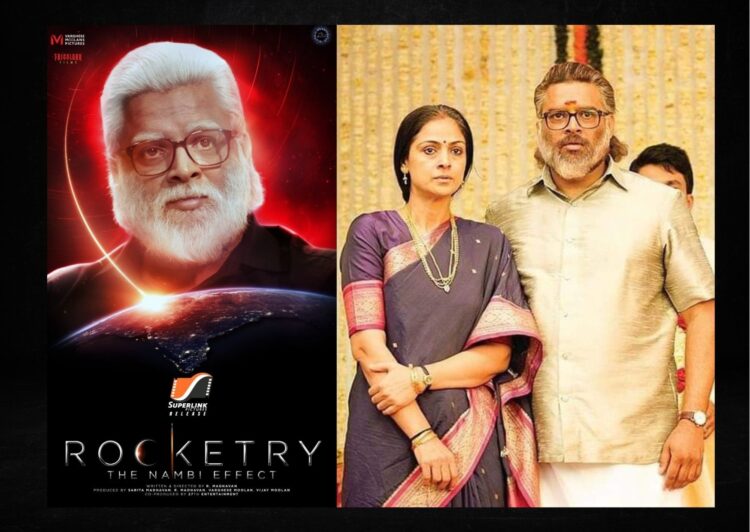 From a ‘Chocolate boy’ to a versatile actor with ancillary new roles, Madhavan’s much-anticipated directorial debut ‘Rocketry: The Nambi Effect’ is finally having its theatrical release on 1st July 2022.

Besides playing a major role in the film, Maddy has roped in new roles such as director, producer, and scriptwriter. Touted to be an aviation genre, the aeronautical flick is based on Nambi Narayanan’s real-life, a former rocket scientist with the Indian Space Research Organisation (ISRO) who was wrongly accused of spying and imprisoned in 1994. Madhavan had to undergo a physical transformation and wear various looks to play Nambi’s character at various ages in the film.

Since the trailer was released in April last year, it has created a huge buzz among the filmophile and received overwhelming responses from the audiences.

Rocketry: The Nambi Effect was filmed simultaneously in three languages namely Hindi, Tamil, and English, and will be releasing in Telugu, Malayalam, and Kannada. It will also include a cameo appearance by Shah Rukh Khan in the Hindi and English versions, as well as Suriya in the Tamil version. Besides, this film follows a lineup of multiple actors starring Simran, Ravi Raghavendra, Karthik Kumar, Jagan, Dinesh Prabhakar, Mohan Raman, and more.

Nambi Narayanan is one of India’s most underrated scientists, and Madhavan’s effort in bringing his real-life story on celluloid is noteworthy.

On the music front, Sam C.S. has composed the music for this biography flick Tamil version, which comprises nine songs sung by Vikram Pitty, Aditya Rao, and the composer himself.

This film is sure to be a notable work of Madhavan in his cinematic field.

Along with the announcement by Madhavan, Superlink Pictures Malaysia, the Malaysian distributor for this intriguing-biography flick, took to its respective social media to announce the movie’s release across the nation.

What are you waiting for? Book your tickets now at your nearest theatre and get ready to dive into this ballistic ride.

Check out the trailer for Rocketry: The Nambi Effect; 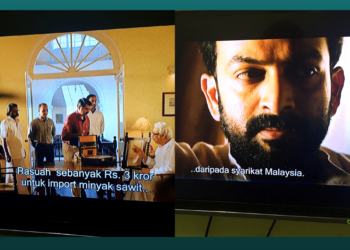