When A Lead Singer Saves The Day The windy Saturday evening saw people mulling about the foyer of the PJ Civic Centre. No, it wasn’t a wedding dinner or an arangetram, we were all gathered there for Raaghav Productions’ show, A Tribute to SPB by SP Charan and Swagatha.

SPB Charan is no stranger to the Tamil music fraternity. Most might attribute that to his initials. In actual fact, Charan is a successful singer, producer and cinematographer in his own right.

Charan kicked the show off with his rendition of a SPB favourite, Illaya Nila before gracing us with an upbeat version of Nilaave Vaa. He then tells the audience that the next song isn’t an SPB number, but he was asked to sing it by the organizers, and starts belting out Kaadhal Sadugudu to a thunderous applause.

To say that Charan did a fantastic job that night would be an understatement. He blew us away with his renditions of songs like Kaadhalil Geetham Ondru, Mandram Vantha Thendralluku, Ennai Kaanavileye, Mun Paniya and Thanga Thamarai Magale. At times, he sounded exactly like his father, and other times, he was distinctly Charan. His rich, creamy voice is one that almost feels unreal, and the audience was captivated by his breathtaking vocal capabilities.

Swagatha may be relatively new to the industry, but she took to the stage like a fish to water. Not only did she inject an element of youth to the show, she did justice to the songs she sang with Charan as well as her solo performances.

Thankfully, she isn’t one of those singers who constantly hit the high notes and sound like Minnie Mouse dancing on hot coals. Swagatha’s voice is soulful and honeyed, yet soothing.

Starting of strong with her rendition of Sid Sriram’s Adiye, Swagatha cruised into a duet with Charan of a crowd favourite, En Veetu Thottathil. Her version of Chinna Chinna Aasai was mellifluous, and in tandem with the band that did the reggae beat justice. She then toned things down with a medley of Nila Kaigirathu, Kannuku Mai Azhagu, Netru Illatha Maatram and finishing up with Thoda Thoda Malarnthathu.

The audience was left in awe after her performance of A R Rahman’s Konjam Nilavu, her high notes were all on point.

Responding to a ridiculous request by the host, Swagatha even sang a kuthu version of Munbe Vaa! The girl certainly does have swag!

Charan’s duet with Swagatha for the song Sundari Kannal was so beautiful that it may have given SP Bala and Janaki a run for their money.

The Other Highlight: The Band!

The musicians performed brilliantly. The Banditz are certainly a breath of fresh air. They were probably the highlight of the night, if not for Charan and Swagatha. Flautist Sesatre stunned the audience with his flute interlude and left us speechless when he was told to take the stage for two minutes while Swagatha sorted herself out.

Lock Up Mathan handled the percussion and tabla so well, that he played both instruments at the same time during En Veetu Thottathil. His solo during Kaatukuyilu Manasukkulle brought back all of those Thalapathi memories and we were left thirsty for more Rajinikanth by the end of it. Absolutely brilliant.

Local singer Shaktieswar Shanmugam joined the duo on stage for a few songs. This youngster introduced himself adorably before singing Chikku Bukku and Humma Humma with Swagatha. Shakti performed with Charan for the songs Ennai Kaanavileye and Kadhalikkum Penin, in both of which he made us proud. The young singer has a very bright future ahead of him.

Hosts Made Bearable By Charan

The hosts for the night were Nizam and Jana. While they may be fantastic human beings, they aren’t very good at hosting events like these. Nizam comes across as a wedding-dinner-in-the-house-porch emcee, whereas Jana had a limited vocabulary consisting of two lines “Wow, wow, wow” and “What a beautiful voice!”

Luckily, Charan is quite a witty chap. His laser sharp one liners in response to the hosts sometimes silly questions provided us with the mirthful relief we needed to get through the night. One particularly comedic moment was during the concert that consisted of rearranged songs, Jana asks Swagatha, “Can you please sing a melodious song in another genre of music?” To which Charan replies, “Didn’t we just do that?” The audience roared an applause, and yet the hosts were oblivious.

The timing of the hosts felt a little odd too. A confused Charan declared to the audience at one point, “I have no idea why they just came on stage,”

Charan is a man of a few words, but a keen observer. His banter with the mediocre hosts made the evening enjoyable and glossed over the faults in the show. Charan really held the concert together, never once hinting at annoyance even though he was forced to leech on to band member Jeffrey’s hotspot to download lyrics to one of the songs.

We Embarrass Ourselves, Yet Again.

The audience that attended the show could be divided into two groups. One group understands punctuality and were seated within 15 minutes of the doors being opened. The other group have zero respect for the performers on stage and shamelessly waltz in ONE HOUR after the show had begun.

This obviously irked Charan himself. He delayed performing his third song because people were will walking in and fumbling to locate their seats in the darkness. He even joked that perhaps next time we should start the show at 9pm, because of these latecomers.

We don’t blame him. Not only is it distracting for the performer, but it is also utterly RUDE to not adhere to the timing stated on your tickets. Get a grip, Malaysians!

Raaghav Productions are seasoned organizers in the industry who have even hosted SP Bala earlier this year. However, there is room for improvement with this concert. They could have done better with the selection of hosts, social media presence and overall organization of the show.

Overall, it was an enjoyable show thanks to Charan and the band that night, we surely hope that this paves the way for more good quality concerts in 2019. 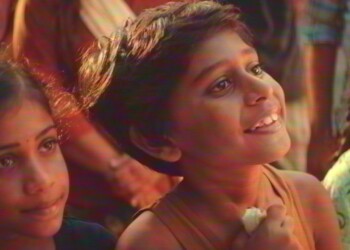 SP Bala is one of the finest playback singers in Indian cinema's history. Throughout his career, over 40,000 songs in... 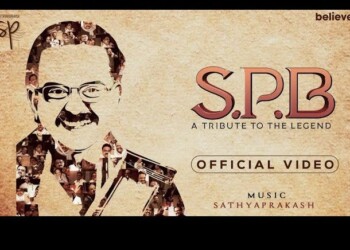 SP Balasubrahmanyam is a world famous versatile singer who has left behind a legacy for many generations to come. As... 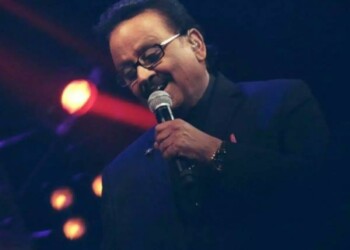 Veteran singer SP Balasubrahmanyam got himself admitted in the hospital earlier this month, confirmed to be diagnosed with a COVID-19.... 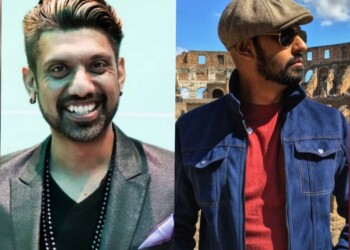 Local personality Anand Rajaram and composer-singer Saran Narayanan have come up with a cover of Alli Thantha Boomi, the famed...