The first song from Rajinikanth’s next film, Darbar, has been released yesterday, and even Thalaivar is amazed with the tune!

Darbar’s music has been composed by Anirudh, who is also unsurprisingly, the backup to SP Balasubrahmanyam’s lead vocals on the tune. The lyrics have been penned by Vivek.

The four-minute-long song is a celebration Rajinikanth’s acting career, with the names of his films carefully slotted in the lyrics. The lyrical video features exclusive behind the scenes visuals of the film, and Thalaivar himself appears to be enjoying the song.

The tune has hit 5.1 million views within 14 hours of its release.

Check out Chumma Kizhi here, and watch till the very end to see Rajini’s reaction to the tune. 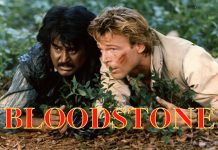