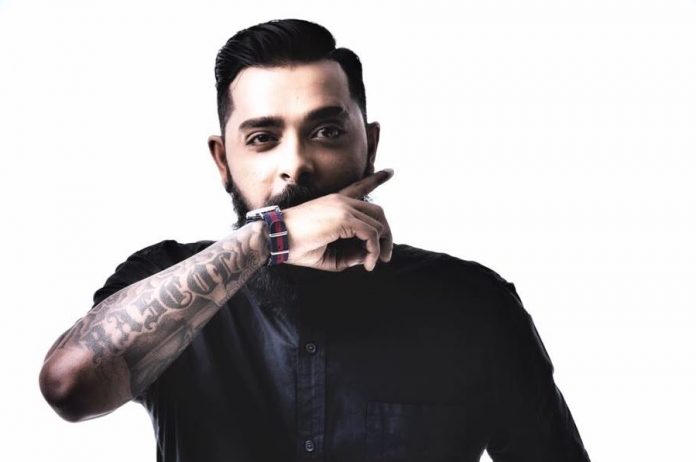 A localite from Klang, whom strived for success through sheer determination, reaching favourable outcome globally through his music, garnering fans from every continent, is none other than our very own homeboy Sri Pagenthiran or known by his stage name Sri Rascol!

Now, the well versed rapper loved for his rapping done entirely in Tamil, has just dropped a new hit, Killambomb that’s definite to pump up your speakers with his killer rapping skills and catchy beat tunes!

Stay tuned for the sequel of Killambomb here.

Sri Rascol is an eminent artist in the industry, Who Is also a music producer, R&B and hip-hop artist, holding the title as one of the best rappers in the Indian MUsic industry.

He is widely known and well established in countries like Singapore, Malaysia, London, Canada, India and Sri Lanka, rising to fame upon the release of the movie Achcham Yenbadhu Madamaiyada, to which he was featured as a soundtrack artist.

Sri Rascol embarked on his musical journey in 2009, when he was called to work with renowned music legend AR Rahman.

He then rose to fame and made IT to greater heights rapping alongside another sensational rapper Dinesh Kanagaratnam, commonly known by his stage name ADK who is more like a brother to him.

The duo made a name for themselves under the title “ADK Sri Rascol”  by producing major hits in the industry such as Maayavi and Vellai Poove amassing up to 2.4 million and 6 million views respectively!

He began playing in underground gigs at the age 14, making his venture into the music world by doing some shows around Klang and KL from 2003.

He Braced many rough patches in his musical career, and his relentless hard work and adherence to music, MADE HIM SRI RASCOl, reaching great milestones in the industry.

In 2005, he relinquished from the industry and released an album in 2009 called Varrethe Varrethe, composed entirely himself. Sri Rascol is a lyricist who has penned his very own songs on his own in excellent and fluent Tamil. In his first release, he went all out composing songs embedded with his thoughts and emotions marking a special place in his heart.

Sri Rascol has made a huge mark in the international arena. He is also a well-known rapper who is making waves in Sri Lanka.