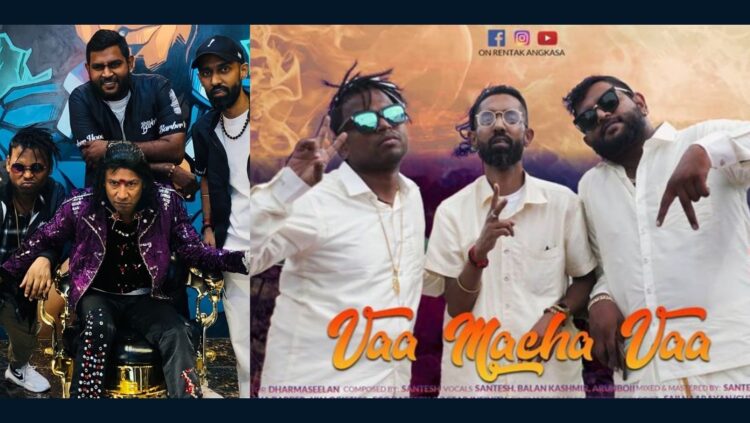 Macha Barber produced this brotherhood anthem. You can witness the fun by watching the video that Santesh, Balan Kash, and Arunboii along with the Legendary Darkkey whom were having a great time shooting this.

Previously, the Indian playback singer Gana Bala sang a version of this song in the 2016 film Pazhaya Vannarapetai. The original Vaa Macha Vaa was done by the late S P Balasubramanyam in the 1980 film Vandi Chakkaram featuring popular actors Sivakumar and Saritha.

You can watch this on Rentak Angkasa YouTube channel.

Recently, Balan Kash and CJ Janesh, a video creator just released a TikTok video featuring this song, which has gone viral on social media with 15.4k views. Check this out!