Are You Ready To Delve Into Eesha Sarvesha Musical Ensemble?

Eesha Sarvesha will transverse your mind through the universe with the embodiment of music. 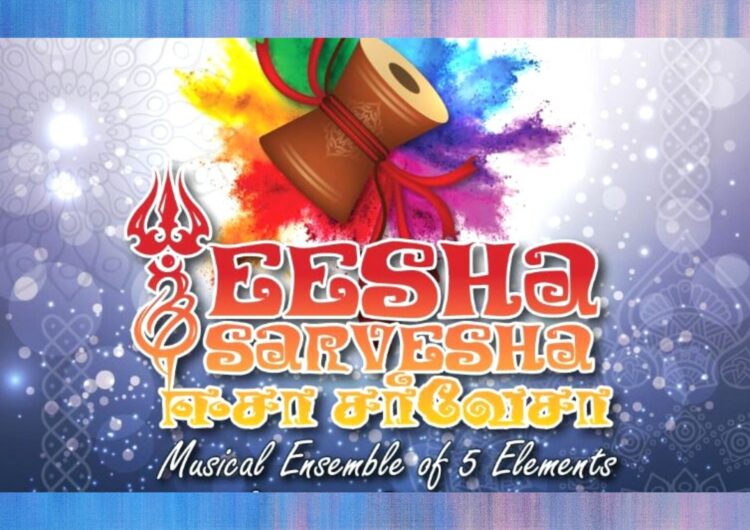 Are you a musical fanatic? Do you enjoy being immersed in the rhythm of music while watching a beautiful feast played in dance form? Then you’ll be overjoyed by this news!

Laasya Arts Academy will be conducting a beautiful musical rendition aptly titled Eesha Sarvesha on the 4th of June at 7.31pm at Shantanand Auditorium, Temple of Fine Arts. Laasya Arts Academy is a fine arts organisation that promotes and preserves the ancient classical music & dance forms of India. 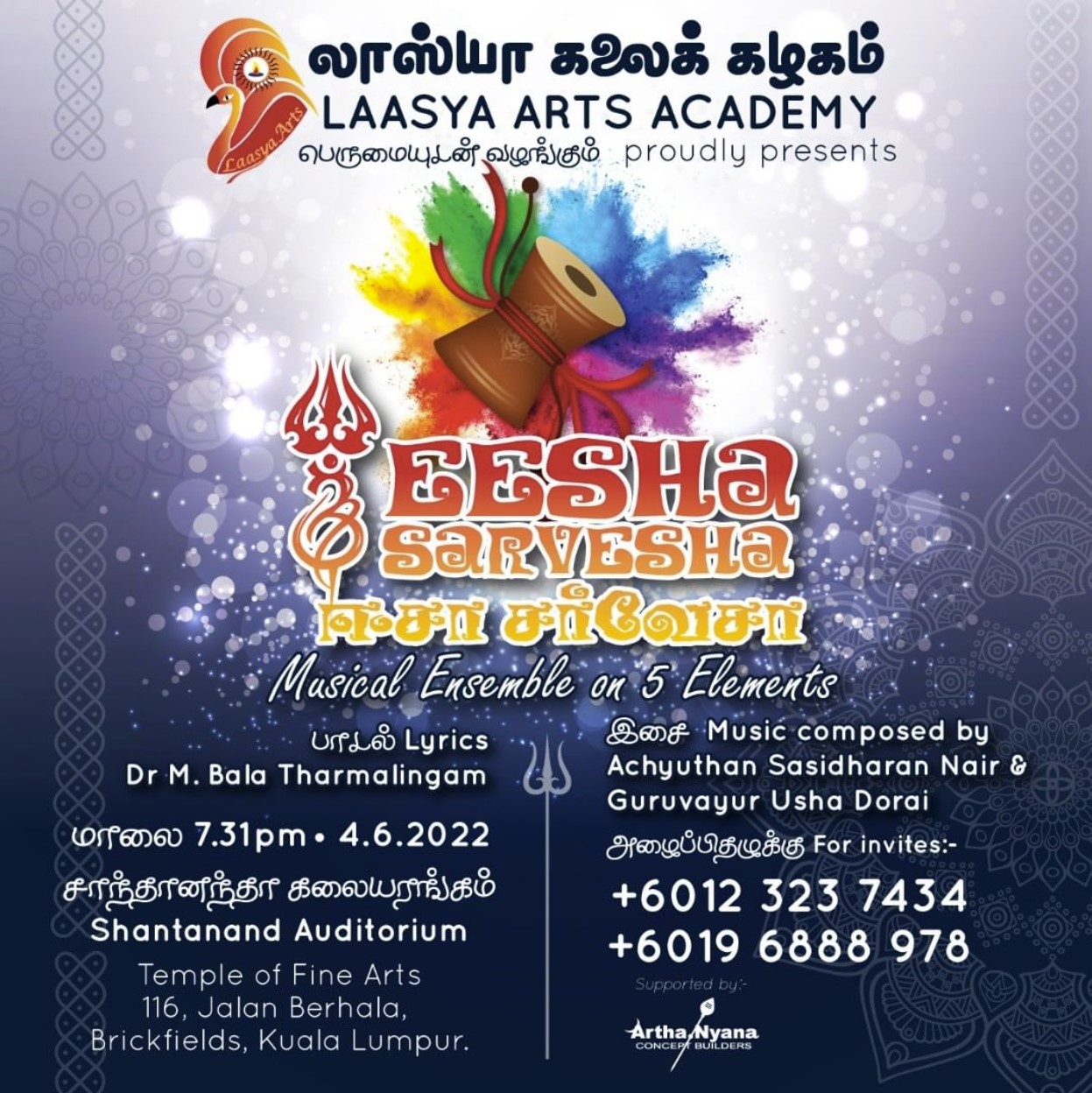 With that ultimate aim, they strive with Eesha Sarvesha, an attempt to weave music into the concept of Pancha Boothas which are the 5 Great Elements in the basis of all creation.

In a way, the 5 elements of the universe which is present in our body, allow us to connect ourselves to the entirety of the universe with these elements we share. Each piece in the show’s repertoire will be based on a specific element from the Pancha Boothas to emphasise our mind, body, and soul’s connection to these aspects.

As the show progresses from one element to another, they aim to manifest and exhibit the ways a human’s mind, body and soul act and react throughout its journey of transcending itself to the universe.

Furthermore, in ways that reflect the universality of music, diverse genres of music from many cultures would be performed in this show.

Besides that, the entire music is composed by ‘Vadya Ratnaa Kara’ Achyuthan Sashidaran Nair and Guruvayur Usha Dorai.

As we embrace each culture’s own aesthetic view of music, this never-ending vastness of music could be compared to the Final Element in the Pancha Boothas which is Akasha, Space, an endless vast itself to which we can use music as a beacon to transcend ourselves into.

What are you waiting for? Mark your calendar now and be prepared to get immersed in the sea of music.

For more information, you may head on to Laasya Arts Academy‘s official Instagram by clicking HERE.