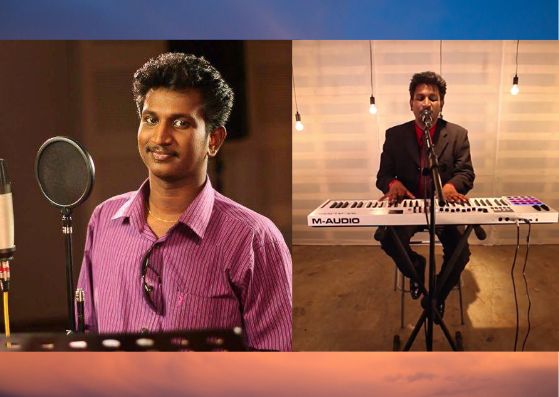 Without any scepticism our homegrown Malaysian singer, Dhilip Varman has put the Malaysian music industry on the map by receiving one of the most prestigious awards of ‘Uprising Composer Ezhuzimigu Music’ by Dr APJ Abdul Kalam People Welfare in Tamil Nadu. He receives the recognition few days ago for his outstanding contributions to the music industry through his musics.

Born and bred in Penang, the musician began his career in the music field 20 years ago which was in 2000. His first debut was made in 2002, he was offered a chance to sing in an album Rogkwave “Naveenam”. He engaged himself more in the industry by doing local shows  and performing as a stage performer during his earlier days.

With Rogkwave’s guidance, he started his own production company and established his own entity, Dhilip Varman Productions.

Prior to the all time favourite hit ”Kanavellam Neethane”, he is still one of the most eminent musicians in Malaysia, playing a vital role as a composer, record producer, music director, singer, instrumentalist arranger, programmer and a  stage performer!

On the other hand, Dhilip has also received ‘Best Male Vocalist’ under MIMI Awards 2007 for his “Kanavellam Neethane” album.  It’s a trademark melody which was originally composed by the singer himself and released in 2007. Dhilip’s album will be always studded with poignant lyrics, not to forget “Uyire Tholaiten” and “Ennavaley” track were one of the young teens favourite till date.

This well-earned recognition has definitely made us proud, Dhilip. Keep up the good work and we just can’t wait to see what are the brand new tracks that you’ve store in for us!