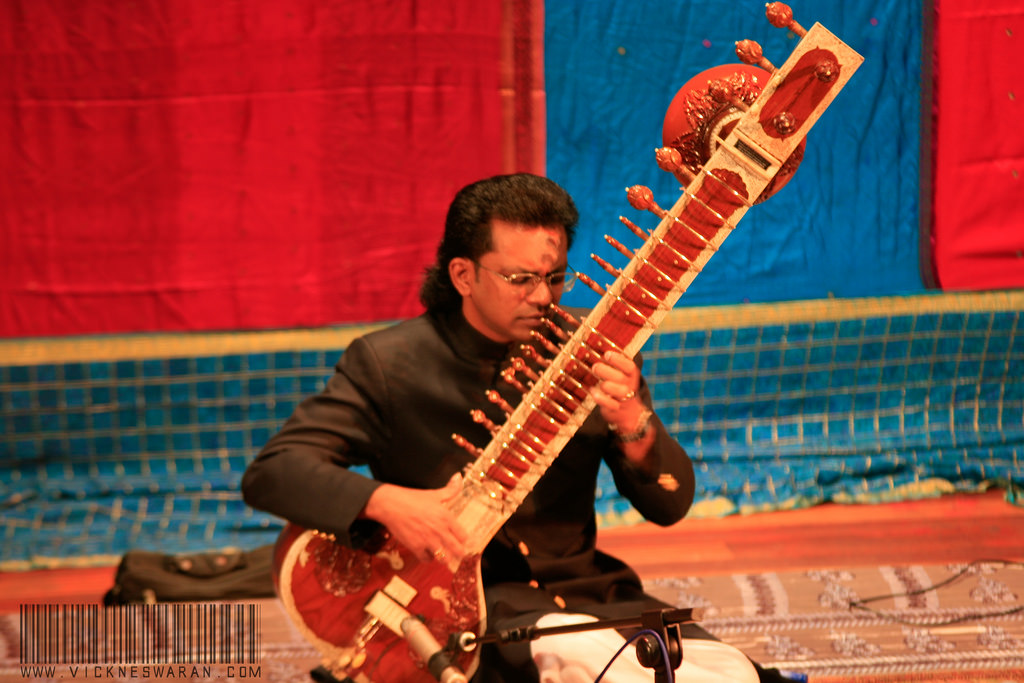 The people have spoken!

The 14th General Election saw Barisan Nasional’s 61-year tenure come to an end. Pakatan Harapan won by a simple majority and with Tun Mahathir reinstated as the Prime Minister, hopes were alive again in the hears of the people.

We yearn to see improvements in our country – and local musician Samuel J Dass wants the same thing. He called for Tun M to pay a visit to Astro and ‘revamp’ the place – as foreign artists are currently monopolising the local entertainment scene. 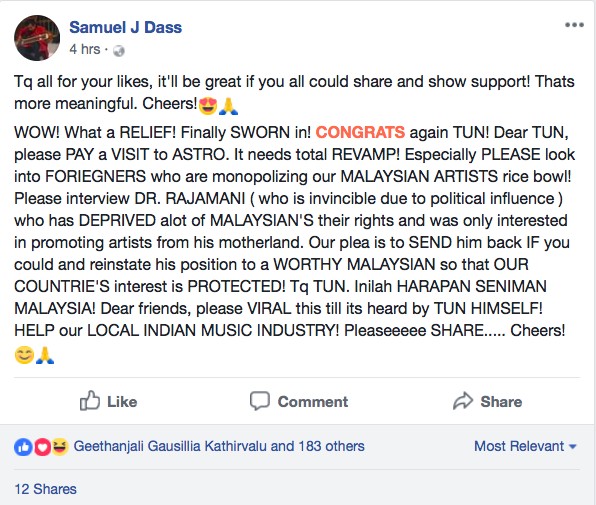 Samuel J Dass also called to Tun M to oust a certain Dr. Rajamani – who allegedly gives more chances to artists from India, instead of Malaysia. His post has garnered over 200 likes and shared by other artists on social media. 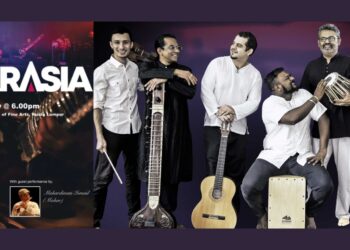 SwarAsia has established a name for themselves in the genre of Carnatic fusion music with a Malaysian flavour, led by... 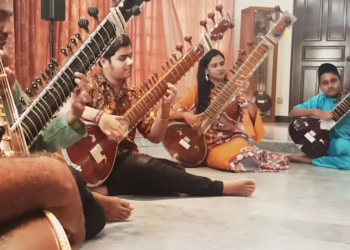 Petaling Jaya based music school Swara Community Arts Centre (CAC) is viral once again, thanks to a very special Hari... 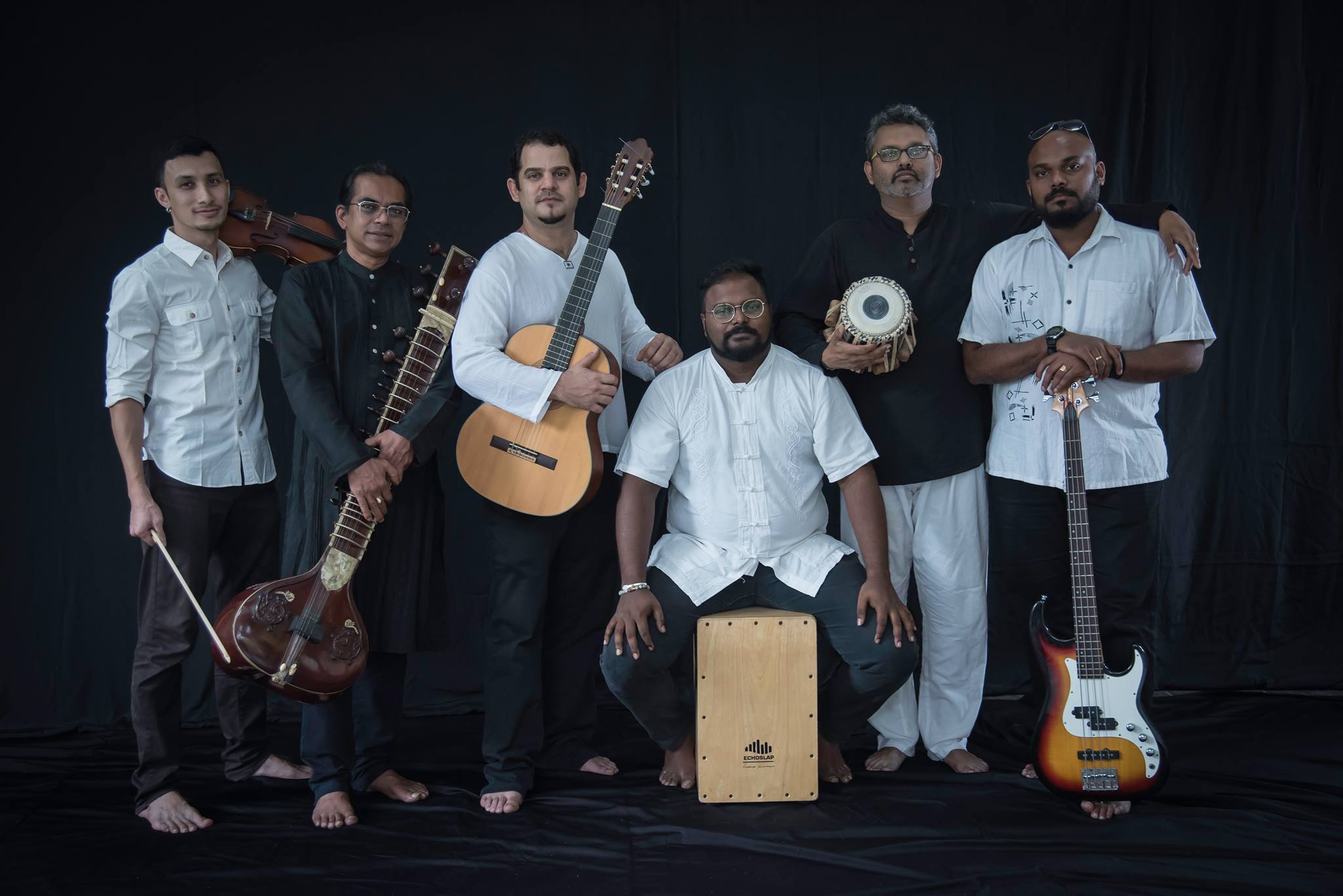 Just looking at an image of the band SwarAsia is enough to give us goosebumps, thanks to the immense talent... 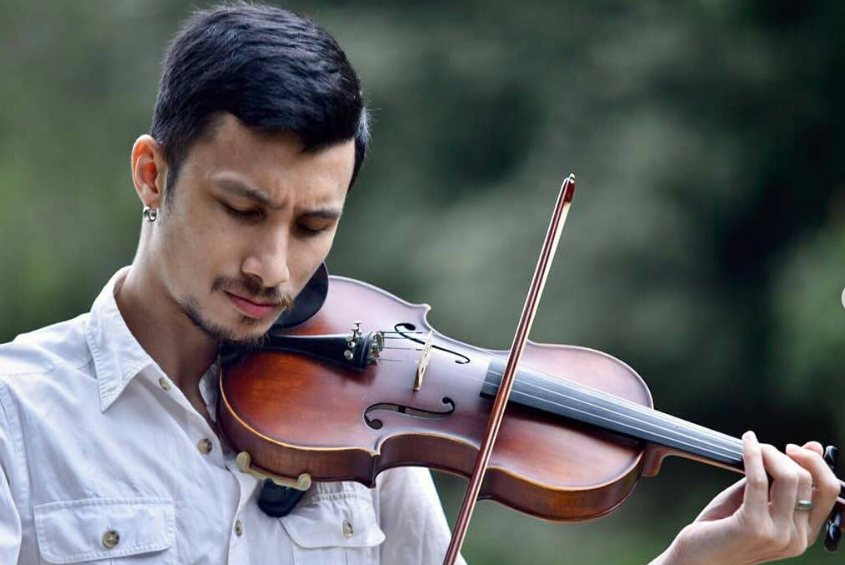 Art to this man, knows no bounds. He sings, dances, plays the gambus and reads poetry. To top all of...