by Trish K
43
SHARES
Share on FacebookShare on TwitterSend

Makkal Selvan Vijay Sethupathi shook the floors at Nu Sentral last night when he made his entrance.

Throngs of fans flooded the place to catch a glimpse of their favourite hero who was down in Kuala Lumpur for the launch of his new movie, Junga.

Vijay Sethupathi was accompanied by the film’s director, Gokul, music director Siddharth Vipin, as well as the film’s editor and main cameraman.

Right before the main event, Team Varnam got to sit down with the Makkal Selvan himself to ask a few questions. Aside from Junga details, we were dying to find out any detail we could about his upcoming movie with Superstar Rajnikanth. 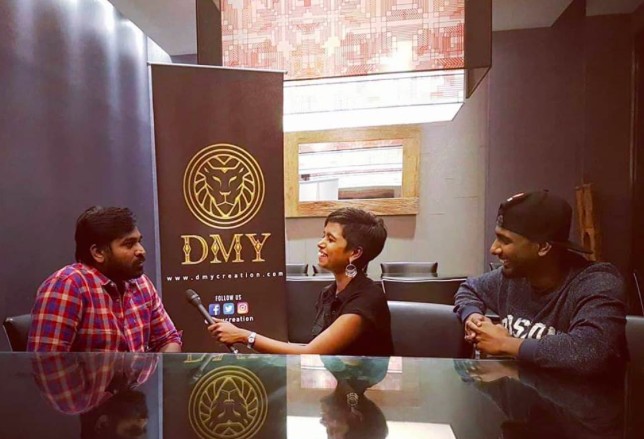 However, Vijay Sethupathi maintained that he knows very little about the movie, or the story.

“Honestly, I swear I don’t know the story of the film. I only know my lines, and my part. People are also saying that I’m the villain, and it may or may not be true,” Vijay Sethupathi said.

Shooting for the new film has already begun under the direction of Karthik Subbaraj. Aside from Vijay Sethupathi, the film will also feature Nawazuddin Siddiqui, Simran, and more.