The Horror Behind Highland Towers

Today marks the 25th anniversary of the catastrophic Highland Towers tragedy. On 11th December 1993, an unsuspecting neighbourhood was shocked by a thunderous bang as Block 1 of Highland Towers crumbled to the ground .

Highland Towers consisted of  three blocks of 12-storey apartments, Block 1, Block 2 and Block 3, and was constructed between the year 1974 and 1982. The culprit behind this tragedy was poor planning during The Highland Towers construction followed by overdevelopment of its surroundings, namely the Bukit Antarabangsa Development Project. This eventually led to a notorious landslide that claimed dozens of lives.

The piping structures, that were built to divert the water from a stream nearby, gave way after 100,000 square meters of mud came rushing downhill following a season of monsoon downpours, wrecking the Tower 1’s pier foundation and retaining walls.

On that fateful afternoon, at 1.35pm, residents were heard screaming and wailing, trying to escape the tower, but all was in vain. Tower 1 first slid down with the mud, then snapped and came crashing to the ground. The mission went on for 12 full days, with rescuers using anything from ropes, sticks and even their barehands, scouring through the rubble, hoping for a miracle. The team managed to save a resident named Umi Rashidah Khoruman and her 18-month-old daughter, Nur Hamidah Najib, completely unharmed. 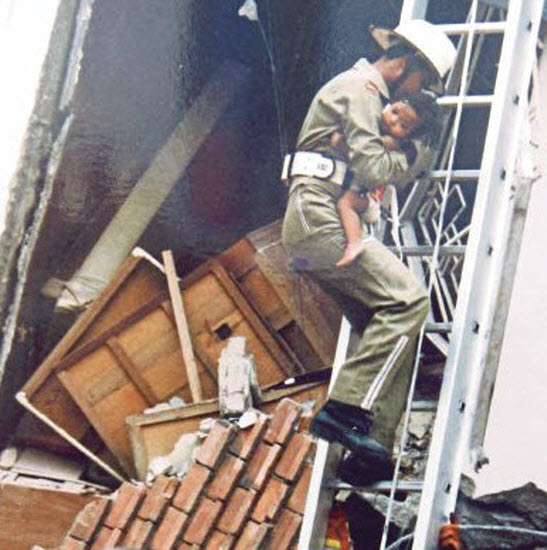 On 17th December 1993, the Cabinet Committee made the decision to stop rescue efforts and start searching for the deceased and 48 bodies were discovered. 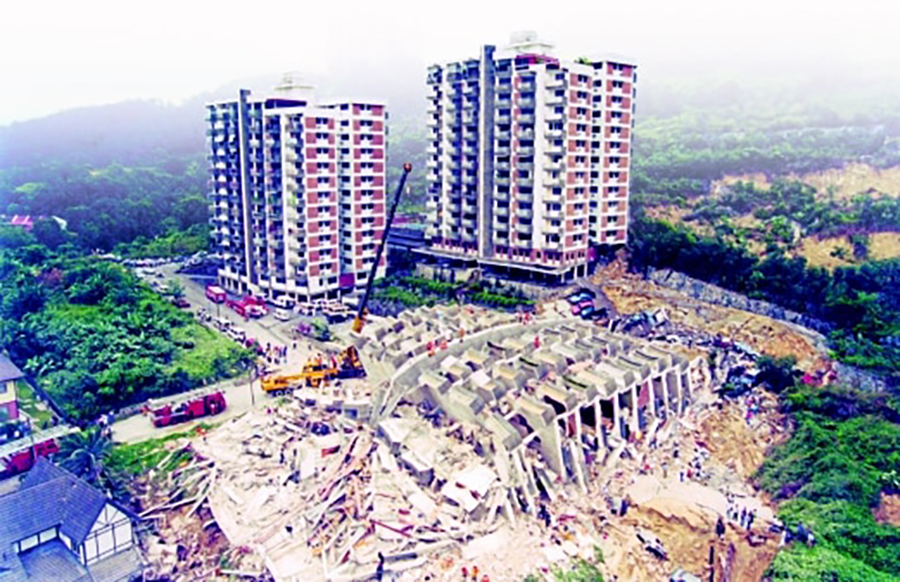 The other 2 blocks of The Highland Towers were left abandoned after it was declared unsafe. Fast forward to today, the concrete remains of a once glorious building that housed families from around the world, leaves a haunting reminder of how simple negligence took dozens of innocent lives. 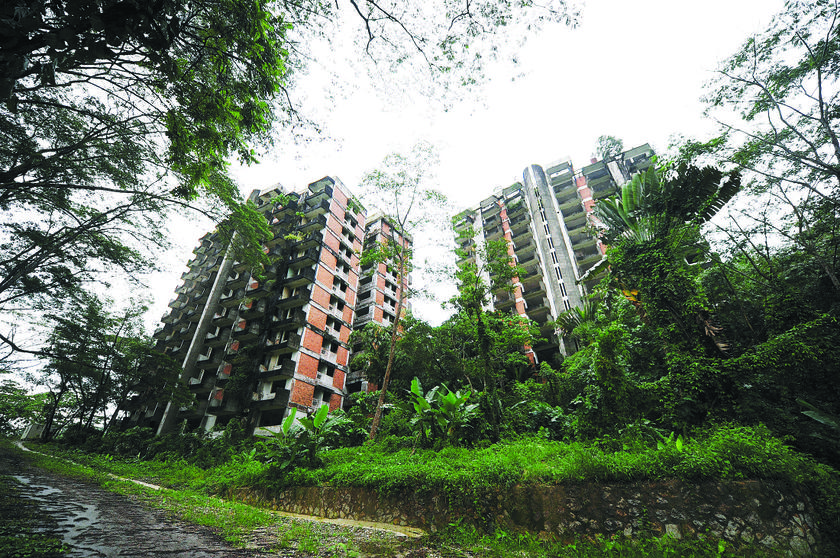 In a statement earlier this year, Housing and Local Government Minister, Zuraida Kamaruddin, said the process of demolishing the apartment blocks would begin in December 2018 and will make way for a recreational park in the future.