Tamannaah has switched gears to Telugu films for the better part of 2018. Next year however, things are about to change for the actress. Tamannaah has completed filming for two Tamil movies scheduled to release next year, both of which are in post production. 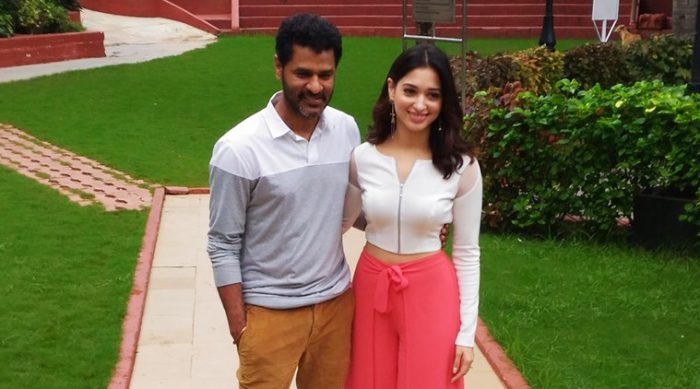 A sequel of 2016’s Devi, Tamannaah will star opposite Prabhu Deva yet again for this horror comedy flick. Devi 2 is directed by AL Vijay and will also star Kovai Sarala and Nandita.

Devi saw Tamannaah play a meek Tamil housewife in Mumbai who turns into a sex siren when the ghost of an actress possesses her. While the story wasn’t much to go on, the film fared well among the masses. Tamannaah bagged the Best Tamil Actress award at the Asianet Film Awards the same year. Devi was simultaneously filmed in Telugu as Abhinetri and Hindi as Tutak Tutak Tutiya.

Devi 2 is slated to release in the first quarter of 2019.

Kanne Kalaimaane is a village drama that will see Tamannaah paired with Udhayanidhi Stalin. The film is written by Seenu Ramasamy. The film is produced by Udhayanidhi under his production company, Red Giant Movies.

The filmmakers have released a few posters for the film, and it looks like the audience can be assured of a squeaky clean rural story with minimal weight given to Tamannah’s character.

And yes, the phrase ‘Kanne Kalaimaane’ is the first line of a famous song from Moondram Pirai, starring Sridevi and Kamal Hassan. The director of the film, Balu Mahendra, was the mentor of Seenu Ramasamy.

The first song from the film has been released. Enthan Kangalai Kanom composed by Yuvan Shankar Raja and sung by Sooraj Santhosh of Masala Coffee fame. Check the song out here.