Nithyananda Suspected To Have Fled India Amidst Rape Charges

Controversial godman Nithyananda is suspected to have fled India. He is accused of raping a former disciple in his ashram in 2010 for five years.

Sources say that Nithyananda may have sought political asylum in the Cayman Islands. The Godman has not been seen at his ashram in Bidadi, Bengaluru for over a month. The official story released by his camp is that Nithyananda is currently touring pilgrim centres in North India.

The police, however, believe that he is still in the country as his passport that expired in September was rejected when presented for renewal. 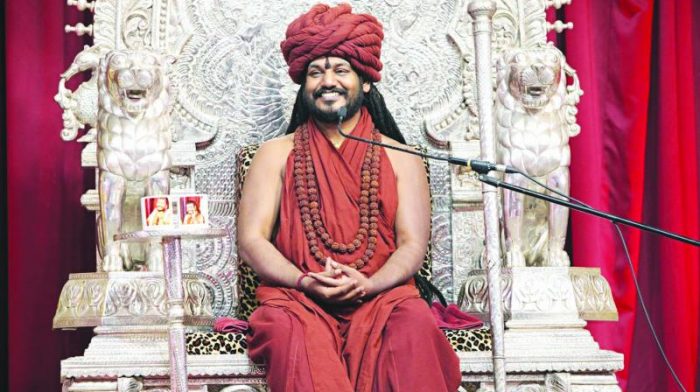 In August 2017, Nithyananda was charged for allegedly raping a female disciple at his ashram. The Supreme Court had directed a local court to complete the trial on priority. The trial began three months ago.

Nithyananda has failed to appear at the court hearings, missing multiple summons. As a result of this, a non-bailable warrant was issued by the Sessions Court in Ramanagara, Karnataka in September. This warrant was challenged by Nithyananda at the Karnataka High Court. The High Court had reserved its judgement after hearing arguments for three months. This has given him the leeway needed to evade the courts.

The godman faces charges under Sections 376 (rape), 377 (unnatural sex), 420 (cheating), 114 (criminal abatement), 201 (disappearance of evidence, giving false information), 120B (criminal conspiracy) of the Indian Penal Code. He has pleaded not guilty to all charges.