This is probably the most unlikely elminination that has happened in the Bigg Boss Tamil Season 3. After spending 6 weeks in the house, Reshma has been eliminated following Fathima Babu, Vanitha Vijayakumar, Mohan Vaidya and Meera Mitun.

Other contestants who were nominated were Madhumitha, Kavin, Abhirami and Sakshi. Fans had predicted that Sakshi will be the one to be eliminated as she has been causing a lot of friction within the house. Reshma on the other hand is the person with absolutely no drama in the house. 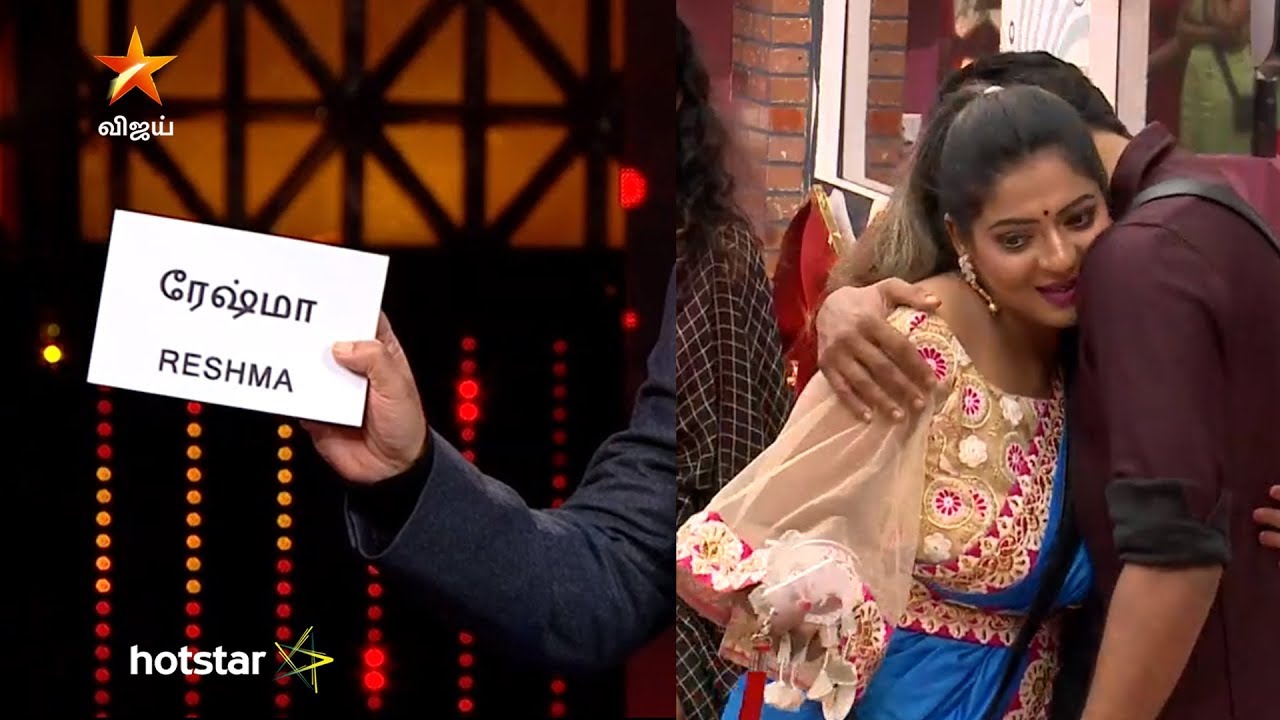 Reshma was eliminated by a very slender margin of just 2 lakh votes, which was a record at the Bigg Boss Tamil across all seasons. Speaking to actor-politician after the elimination. Reshma said that she wants to empower women to move out of abusive relationships and that she thinks Tharshan is the most likely winner of this season.