The bed-punching Mugen has finally landed himself in the bottom tier after enjoying weeks of zero eviction vote. 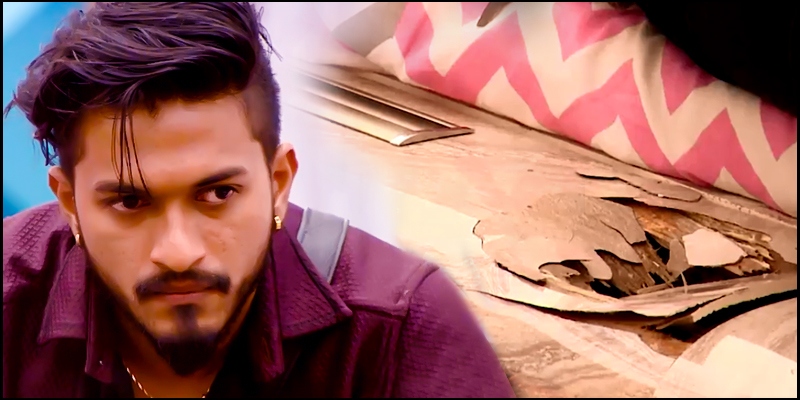 Last week was a dramatic one for Bigg Boss Tamil Season 3 as situations escalated between Mugen, Sakshi and Abhirami. In a fit of anger, Mugen punched and damaged a bed frame in the house. The host of Bigg Boss, Kamal Hassan, had to clarify things between Mugen and Abhirami. When asked about their relationship, Mugen and Abhirami admitted that they were best friends. Mugen even went on to say that he has a girlfriend outside of the Bigg Boss house. By the end of the week, Sakshi was eliminated from the reality show after Fathima Babu, Vanitha Vijayakumar, Mohan Vaidya, Meera Mithun, Reshma and Saravanan. Mugen has found himself in the bottom tier with Abhirami, Kavin, Losliya and Madhumita.

Will he be shown the door? Only time (and your votes) will tell.