Update: Dr Ruban Nathan has issued a public statement regarding this issue which is reproduced in full below.

A patient has made an unprecedented allegation on twitter against me. The allegation is without corroboration and claims that a superficial skin examination evolved to sexual harassment. What was not mentioned is that a trained nurse was in attendance during the entire consultation.

Following the brief clinical examination of the affected area there was a short discussion with the patient about my findings and recommended treatment. At no point did she mention that she was in any way uncomfortable. I also made some enquiries with my nurse in the patients presence. The presence of a chaperone was undoubtedly known to her. This was followed by general conversation of her work.

At the end of the consultation, she paid the consultation fee and left the clinic without any complaint whatsoever. Her demeanour captured on CCTV is calm and unruffled. I have submitted the footage to the authorities to study.

All of this plays contrary to the story told on social media ,which has resulted in a barrage of unfounded allegations against me and has caused anguish to me, my family, friends and the wider community that has grown to respect me, my practice and my practice partners. Furthermore any supportive statements coming from my patients referring to their good outcomes with me as their doctor and the absence of any foul play are viewed with derision and condemnation.

Ours is a practice which has served the community for 50 years. It is ironic that it is my reputation and that of the practice that led the complainant to seek my medical opinion.

All this will be examined in forensic detail in legal proceedings which will been initiated. The proper channels of enquiry are on going and should be allowed to run their course without continuous slander and unsubstantiated contributions that have included threats of physical violence. We urge the parties concerned and the public to exercise decency, caution and patience as due process arrives at its just conclusion.

Tashny’s complaint is now being investigated by the PDRM and the Malaysian Medical Council. We will update this article should there be any further developments to this case.

On Friday, a patient of Dr Ruban Nathan of Nathan Skin Clinic in Bangsar took to Twitter to share an alleged encounter of sexual harassment. This opened the floodgates and she later posted the numerous tweets and personal messages received from the other alleged victims of the dermatologist.

The patient, Tashny Sukumaran alleges that Dr Ruban Nathan touched her legs inappropriately, before he grabbed her leg, pulled it into his lap and stroked it without her consent. All of this was done in the absence of a chaperone.

2/ I showed the doctor the dry skin on my shins. I was recently diagnosed with a genetic condition called ichthyosis, and went to Ruban Nathan for a second opinion.
Without asking or informing me, he grabbed my leg and pulled it onto his lap.

4/ This total creep STARTED MOVING HIS HAND UP MY LEG towards my knee and thigh. I moved my leg away (couldn’t ‘escape’ because of the angle) and told him that the dry skin was limited to just my shins. He stopped for a moment and then DID IT AGAIN – tried to fondle my knee.

6/ Predatory Doctor then tried to initiate a conversation about my job, my employer, and what was new in politics. My guess is that he was trying to prolong our dialogue to either gauge how pissed off I was, or somehow pacify me. This is speculation.

8/ I don’t believe that people should have to share gory details to justify their complaints. Saying that, I personally have no issue doing so la. So NO, there’s no way he was just inspecting my shitty skin la. He was stroking, fondling, and was VERY aware I was uncomfortable.

Since her tweet, many other alleged victims have come forward with their stories.

To everyone who has DMd me to share your experiences of Ruban Nathan acting inappropriately: I’m sorry this has happened to you, you deserve better. pic.twitter.com/FaJuEIAxH5

Nathan Skin & Laser clinic operates out of Menara UOA, Bangsar, and has two other dermatologists on record who attend to patients.

The clinic has not released a statement at press time. 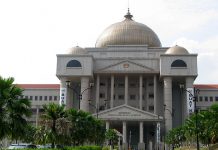 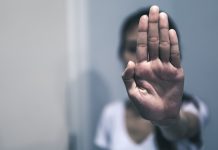 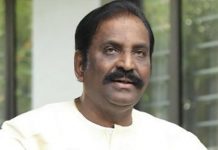 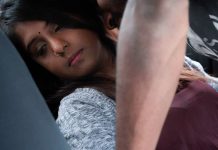 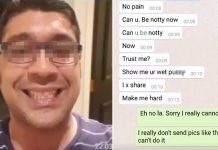 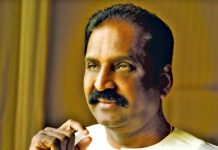 Swara Wishes All a Happy Chinese New Year with a Beautiful...