The N word has caused a lil bit of a buzz between fans of Bigg Boss Tamil.

After surviving elimination last week, Mugen Rao had made a heartfelt, tearful confession to a girl named Nadiah and it has brought upon lots of confusion for the viewers. When Bigg Boss asked Mugen who he would like to send a special message to, Mugen said he would love to speak to Nadiah and he is still waiting for a positive response from her. Speculations are that Mugen has confessed his feelings to Nadiah and is still awaiting her answer.

In the Malaysian Tamil entertainment industry, there are two prominent figures sharing similar names. The first is Yasmin Nadiah who is an actor and martial artist. Mugen and Yasmin have shared screen space in award-winning film Ghora.

And the other is Nathiya Jayabalan who is a RJ on Singapore’s Olli FM and a former TV host of Astro’s Vizhutugal.

In a series of Instagram stories, Nathiya Jayabalan clarified that she is NOT the person Mugen is referring to. Nathiya decided to even poke fun at the whole situation by trolling Instagram followers with her responses. 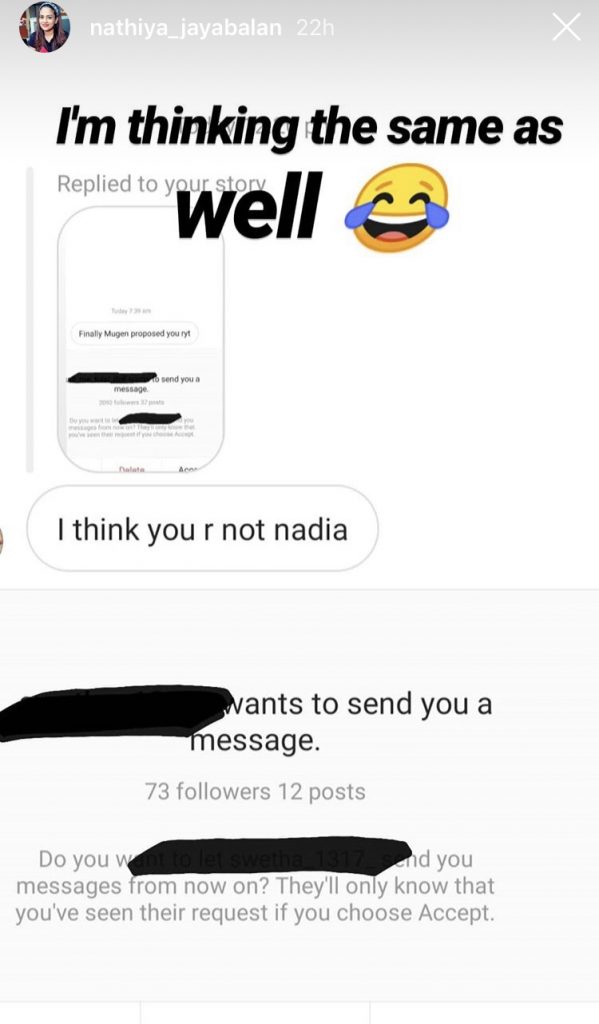 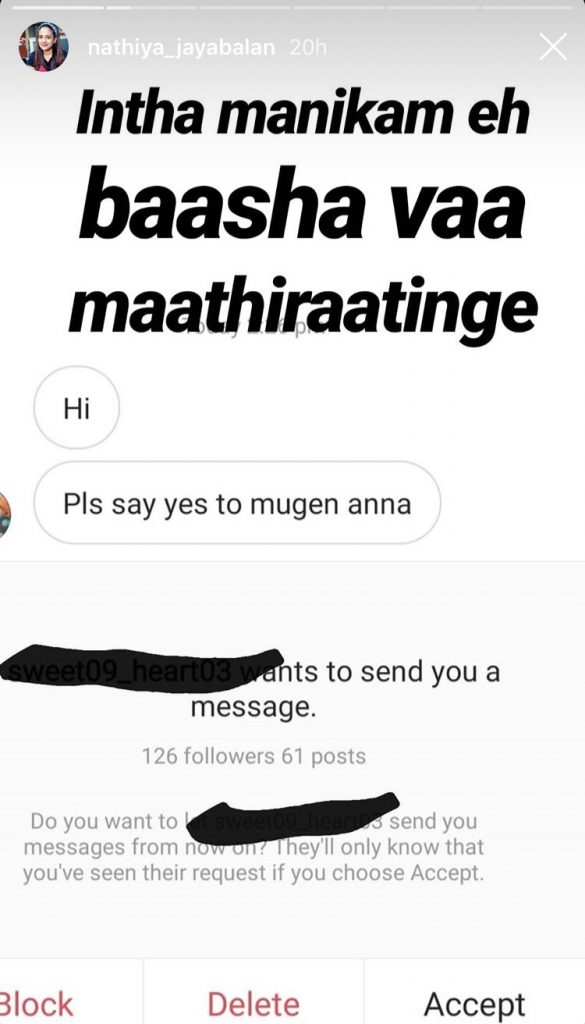 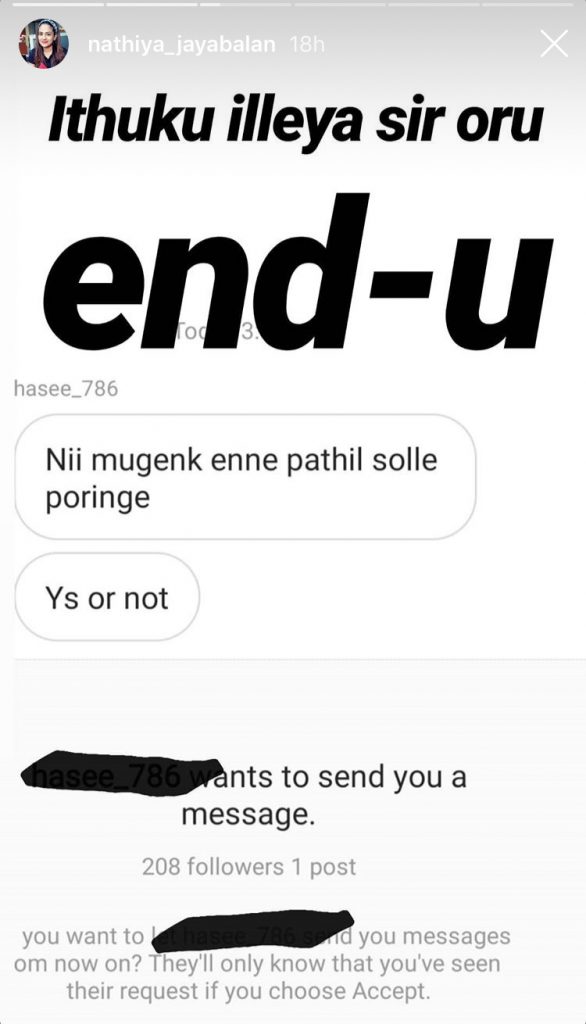 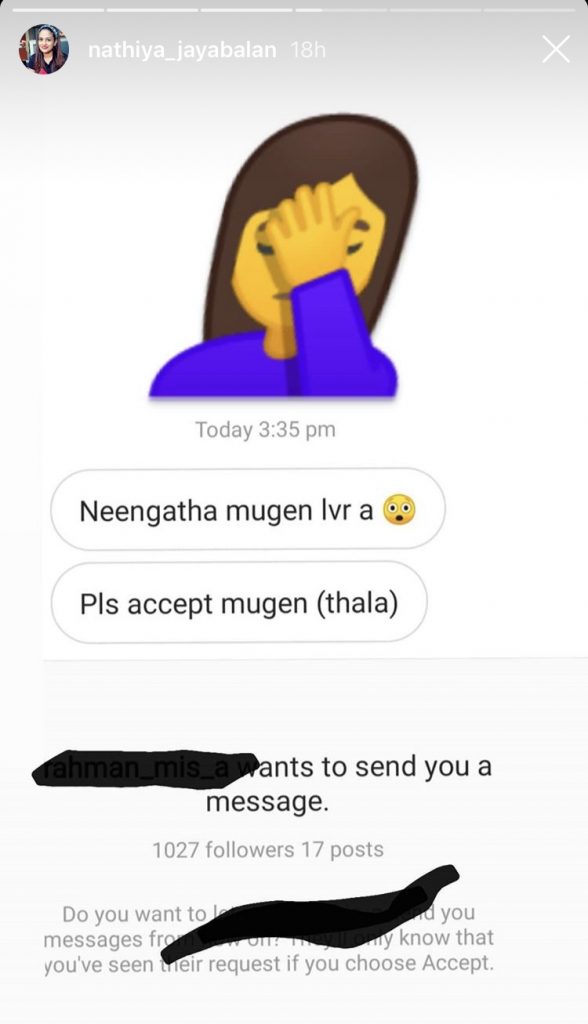 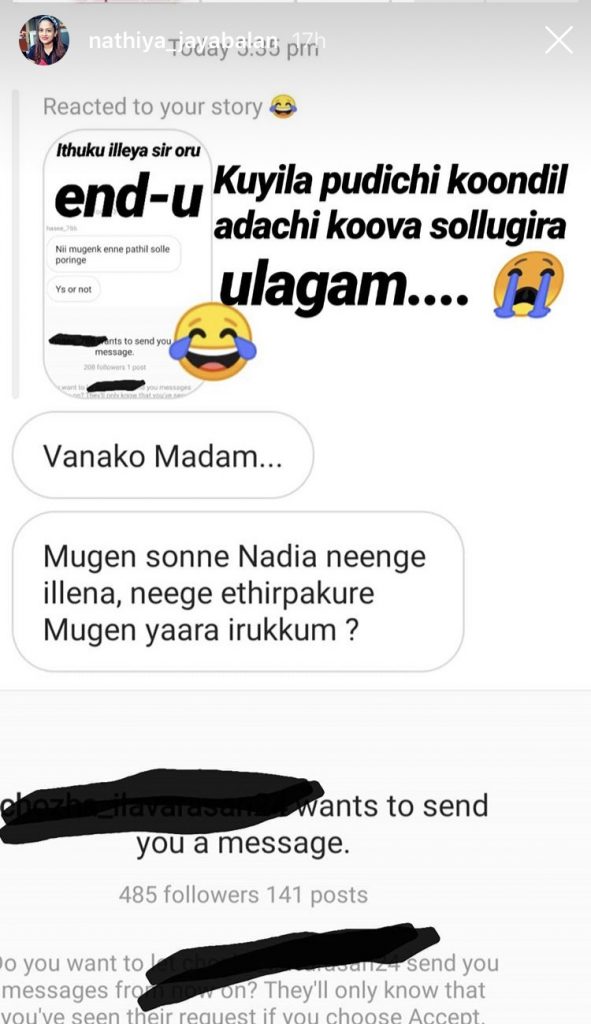 With Nathiya Jayabalan making it clear that there is nothing between the two of them, we can safely say that Mugen was in fact referring to his co-actor Yasmin Nadiah. How will their love story unfold?