NATIVESMY Introduces The ‘Rajasthani Rainbow Ghagra’; Colourful And Meaningful Purpose Behind This Launch! 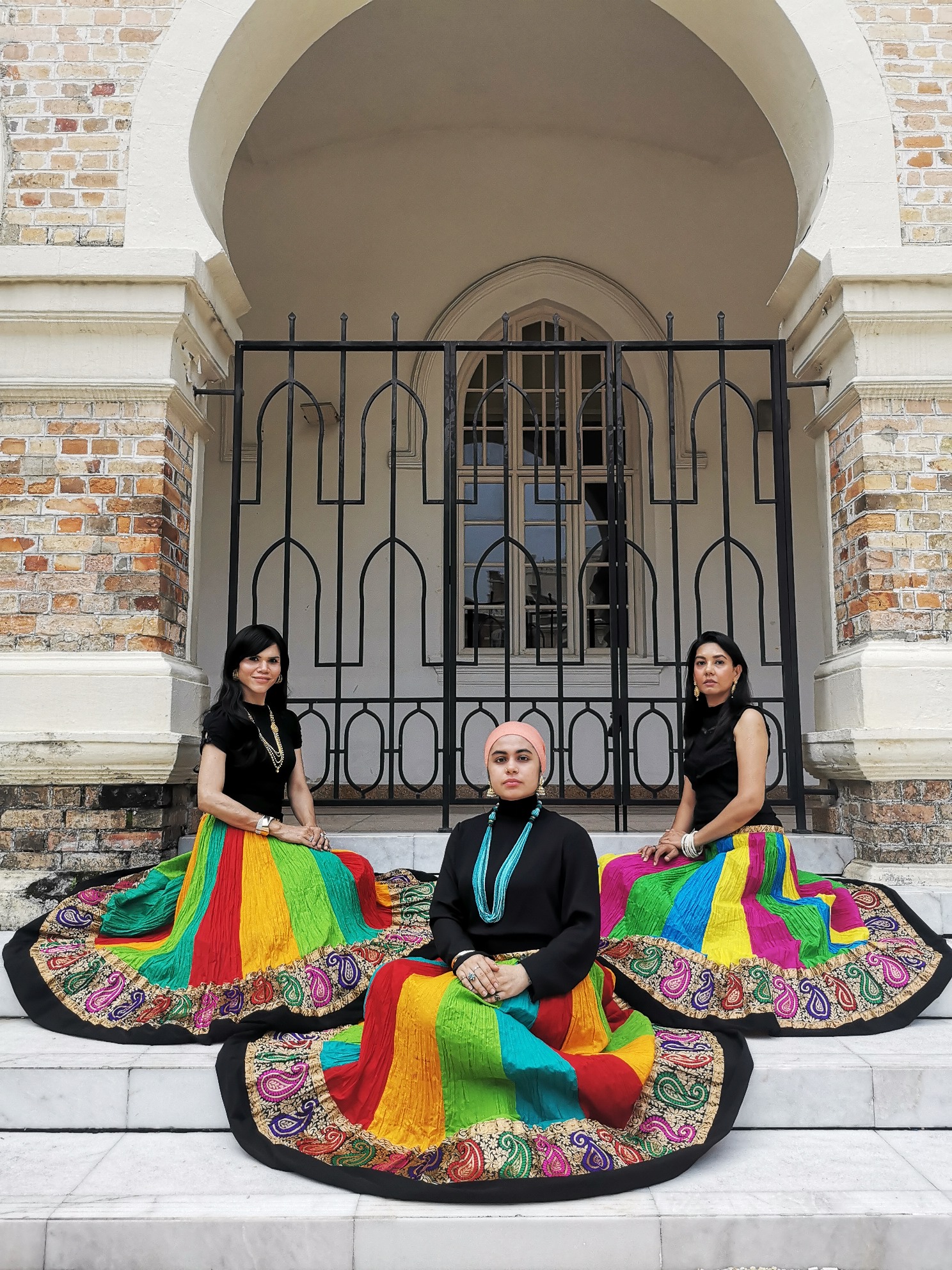 WARNING: You are going to be wow-ed with the photos!

NATIVESMY has featured a transgender model, Fariesha, at the launch of its exclusive hand-picked ‘Rajasthani Rainbow Ghagra’ all the way from the Pink City of Jaipur. The Ghagras were selected especially for Malaysians who want to be trend setters this Diwali, as the skirts will make your outfit look more contemporary.

“Ghagra, paired with a Choli and Dupatta, is the traditional attire for women in
Rajasthan.”

This ‘Rajasthani Rainbow Ghagra’ collection is hand-picked by the founder from its place of origin, Jaipur. The collection portrays various colours including the seven colours of the rainbow which is red, orange, yellow, green, blue, indigo, violet and white. She even took the effort to make alterations to the Ghagra by adding a black border at the hem of the skirt and its waistline. This allows customers to wear the Ghagra with modern black or colourful tops instead of the traditional Choli giving it a nice blend of the contemporary and traditional desi outlook. 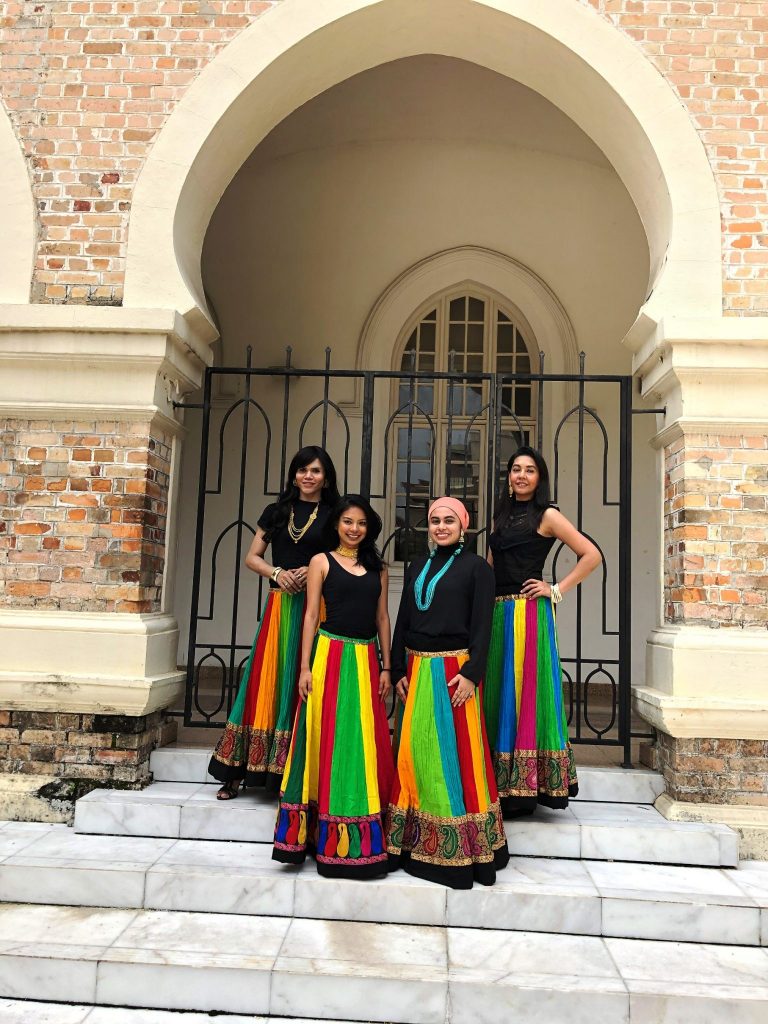 The photos you are looking at were taken at Bangunan Sultan Abdul Samad becuase of its almost similar architecture to the palaces in Jaipur. The red brick wall, black gate and white
marble floor was the perfect combination to make the colourful Ghagras pop when
photographed and gave emphasis to the colours in a very outstanding way. 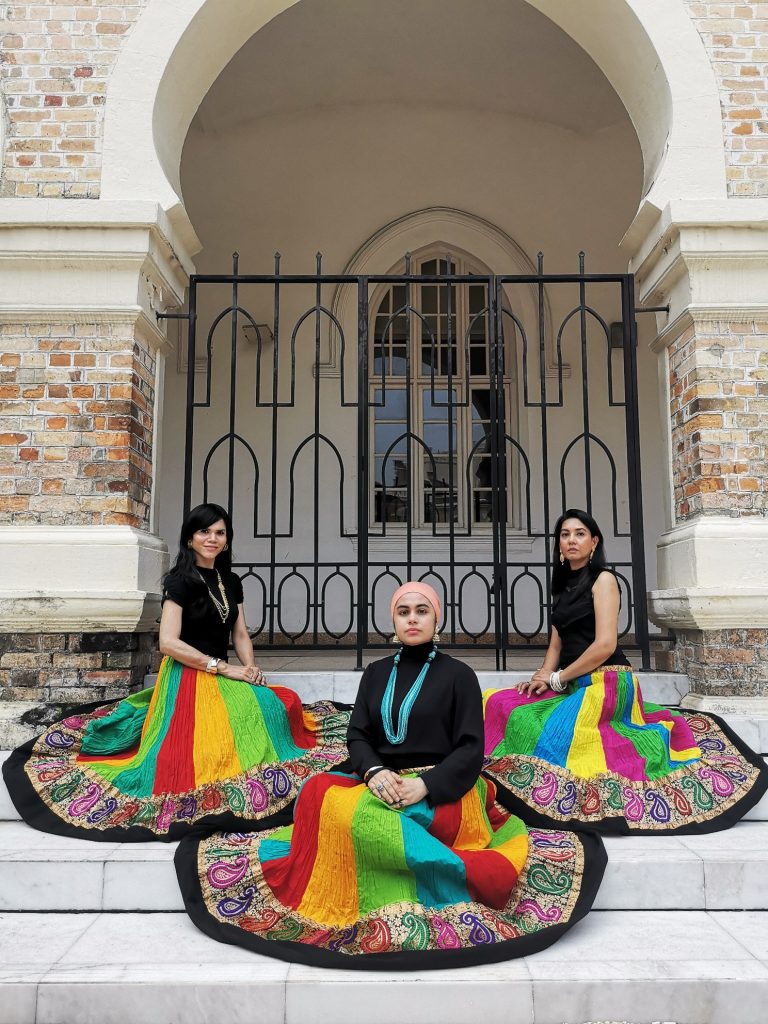 The other pieces that were launched encompass ‘harem pants’, which is black in
colour with multi-coloured embroidery at the lower part of the pants; black and gold border skirts; as well as authentic Rajasthani safa turban headwear, perfect for
adding a little Rajasthani touch, brightness, and cheer for those celebrating Diwali
this year. 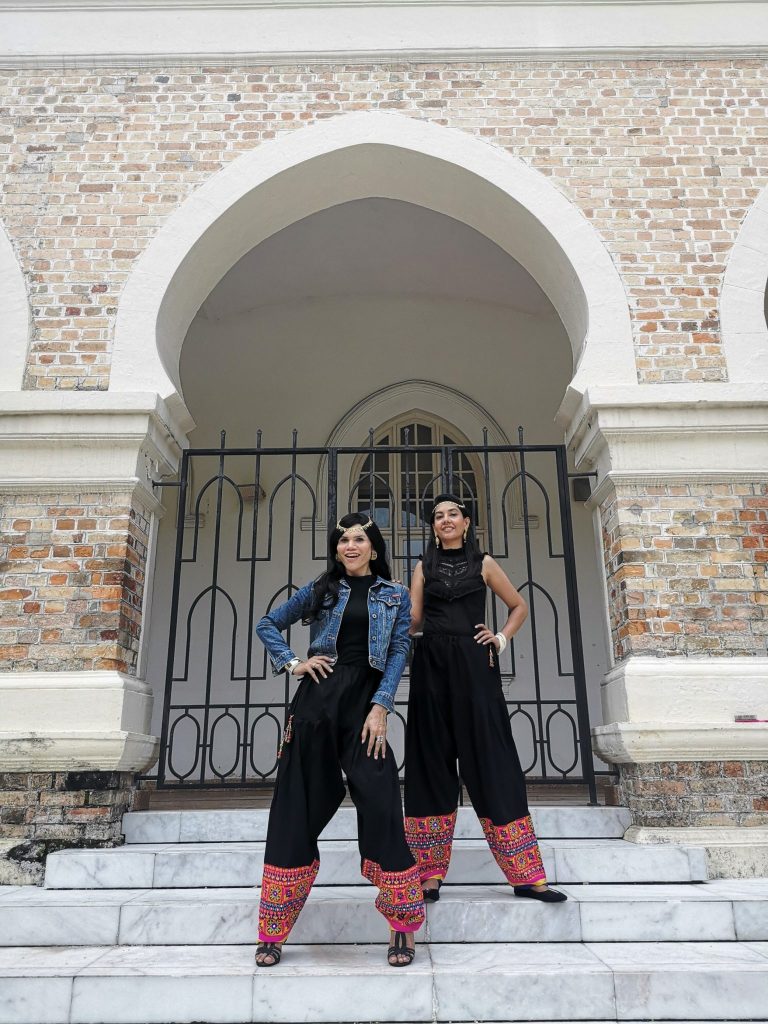 Sharmila also said that NATIVESMY will not only be a platform to sell items that she buys from her travels around Asia but it should also be a platform to inspire and empower others, especially the marginalised community. Her aim is to empower those who fall under that community because they rarely get a chance to shine due to their differences and they are normally stereotyped or discriminated due to their uniqueness.

Sharmila also hopes that Fariesha will be motivation to others who are afraid to
follow their heart, to come out and be more confident.

I have always believed that the work a person does should prove its worth and value, not a persons gender, race or religion.”

NATIVESMY takes extra time to ensure that their hand-picked items are chosen properly with great consideration to what the masses want whilst maintaining its colourful façade so that each piece will inevitably speak to you.

NATIVESMY also empowers the marginalised community by hiring them as models
for photoshoots and fashion shows. For more information on NATIVESMY and its exclusive hand-picked products from various countries, visit NATIVESMY (Instagram
&amp; Facebook).

You can go get in touch with them if you are amongst the marginalised community
and would like to be part of this movement by        emailing nativesmy@gmail.com or Sharmilauow@gmail.com.