MP Suspended In Dewan Rakyat For Making Fun Of ‘Vibuthi’

A Barisan Nasional MP was suspended from the Dewan Rakyat for two days after linking ‘vibuthi’ worn by RSN Rayer on his forehead to the ashes of communist leader Chin Peng. It began when Tajuddin Abdul Rahman asked Rayer if he was wearing Chin Peng’s ashes on his forehead. 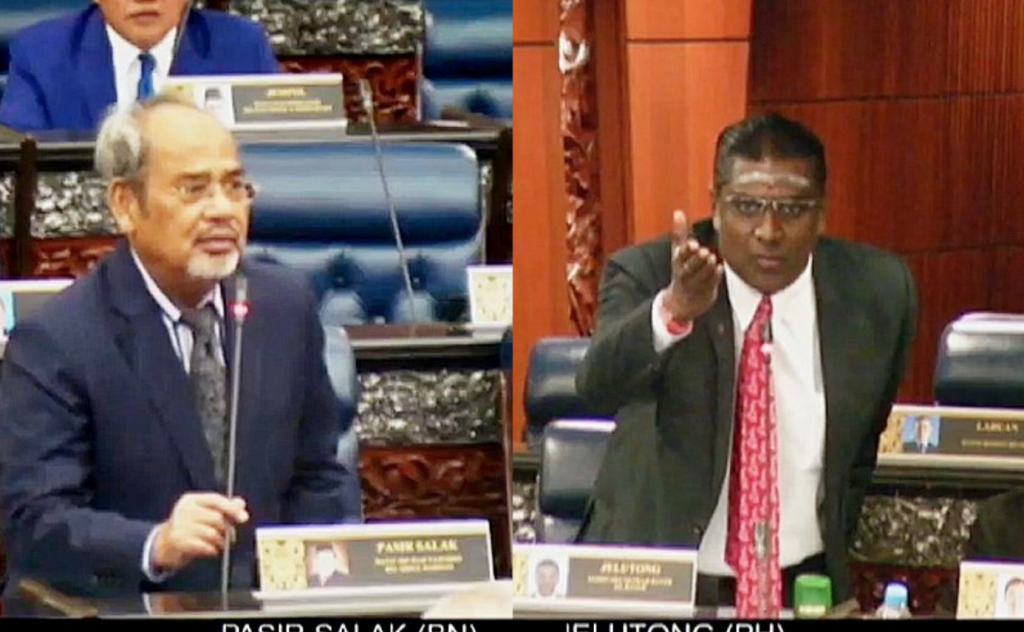 Seriously, people wonder why sometimes some of our Malaysians do not know how to behave. I have a clue..  Maybe they could have learnt it from our insensitive, ignorant politicians!

Rayer then told Dewan Rakyat speaker Mohamad Ariff Md Yusof that it was an insult to the Hindu community.

“Ask him to apologise,” he added.

“The YB from BN insulted the Hindus.”

He was supported by another MP, who agreed that Tajuddin’s remarks were an insult to the Hindu religion.

Several BN MP’s told Rayer to not link up the stament but he said that he would not retract it. Tajuddin subsequently retracted his remark, but said that he was merely asking a question.

Ramkarpal Singh then asked why Rayer had been asked to retract his statement when, in fact, Tajuddin had mocked Rayer over the holy ash worn on his forehead.

He said he was raising the issue based on Standing Order 36 (6) which states that no member shall impute improper motives to any other member. Ramkarpal urged the speaker to take action against Tajuddin, after which the speaker suspended Tajuddin for two days.

Making an insensitive remark on someone’s culture is uncool and disgusting. There is no need for us to judge other people’s religious practice and beliefs, if and unless it is hurting someone. Seeing our politicians behave this way, gives everyone a free pass to condemn the politics of our country. Can you blame them?