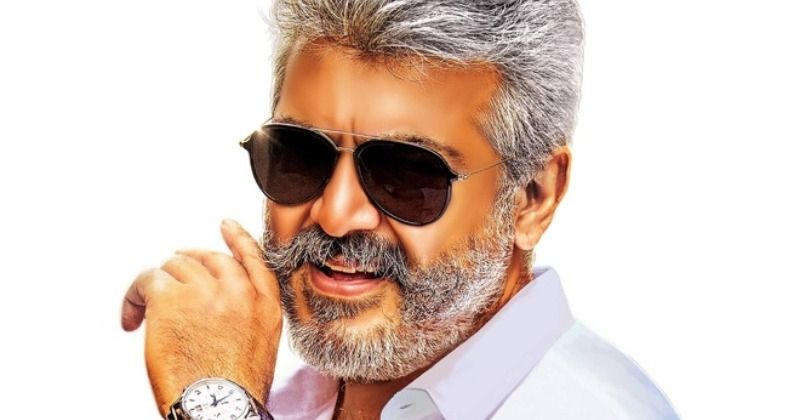 A 20 year old man in Vellore set his father on fire after the latter refused to give him money to purchase tickets for Ajith’s latest film, Viswasam.

The perpetrator, incidentally also named Ajith, has been arrested by the police. His father, 45 year old Pandiyan, has been admitted to the burns unit of a hospital in Tamil Nadu, and is reported to be in critical condition. 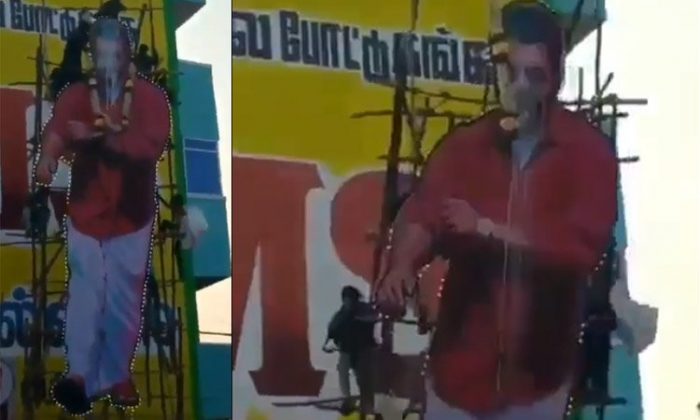 Elsewhere in Chennai, a 30 foot cut out of Ajith collapsed, injuring a few fans. The fans had climbed the structure to do a paal abishegam for the actor. This ritual that is usually carried out in temples for Hindu deities, is done routinely with every film release of the big stars. More than half a dozen fans were on the bamboo supported structure collapsed. 5 are reportedly injured.

These cut outs have been banned in Tamil Nadu, but with every big release of the actor’s, a few structures are almost always erected outside the cinemas.

Malaysia followed suit this year, with Lotus Cinemas in Petaling Jaya displaying a 25 foot cut out of Ajith as Thooku Durai, the lead character in Viswasam. There have been no casualties as a result of this thus far. 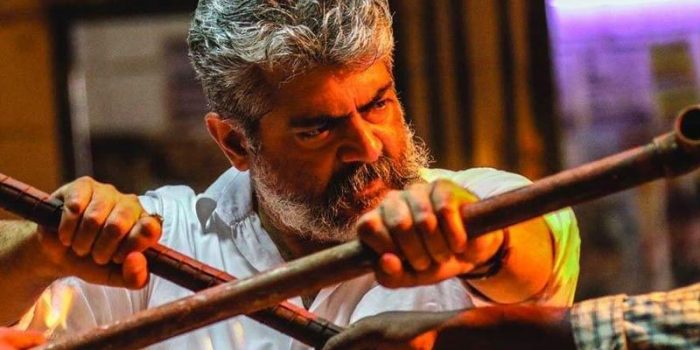 Actor Ajith himself has not issued a statement regarding either incident. He is known to value his privacy and has a strict policy of not taking part in the promotional events of his films.

Ajith fans have been known to cause a furore before any of his movies a release, and during the actor’s birthday. The same can be said for fans of other leading actors in the Tamil film fraternity, but Ajith fans have carved a niche for themselves when it comes to partaking in ludicrous acts to show their love for their hero.