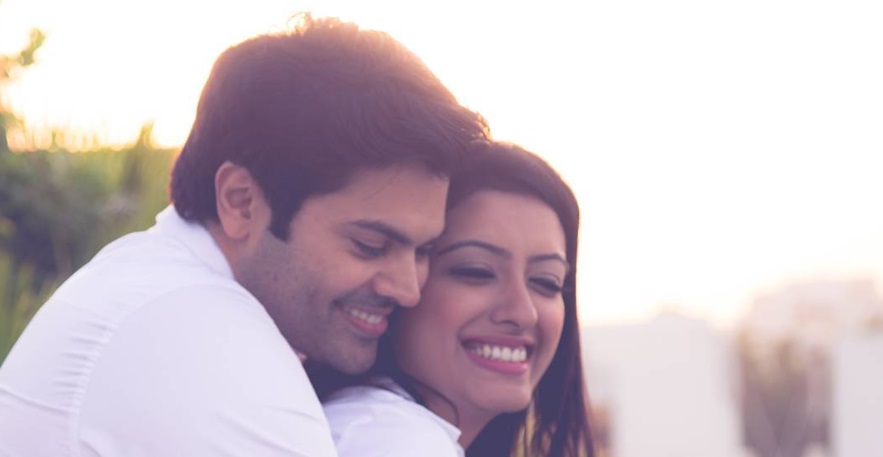 Actor Ganesh Venkatraman and his wife Nisha are expecting their first baby. Ganesh shot to fame after he appeared on the first season of Bigg Boss Tamil. Nisha is a television anchor. The couple tied the knot in November 2015.

Ganesh took to Twitter to announce the good news to his fans and friends, along with a few pictures of the traditional baby shower, or seemantham. He also adds that it is time to grow up himself.

Excited abt this New Phase of life ‘Fatherhood’ ?
Time to grow up myself ??#WeAreExpecting#ComingSoon#PositiveVibes#Family#Fatherhood pic.twitter.com/HRxInhckVc

On the work front, Ganesh is busy filming for two films. His upcoming film Vanangamudi will see him starring alongside some big names like Arvind Swamy, Simran and Rithika Singh. He is also working on the Hindi film Guns of Benares.

The Varnam team wishes Ganesh and Nisha the best on this new adventure!