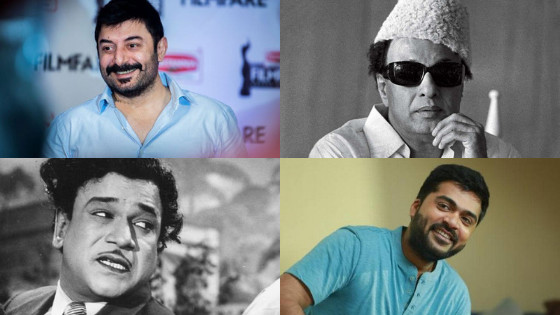 If you never knew (or to young to know) about the reason behind MGR’s raspy voice, we are about to tell you what happened.

Popular film actor and politician, Madras Rajagopalan Radhakrishnan Naidu, or MR Radha,  shot actor and politician M. G. Ramachandran (MGR) at his home during a meeting. MR Radha got up halfway through the meeting and shot MGR on the ear twice, both bullets lodged into his throat. MR Radha later turned to shoot himself but survived with a slight scratch on the temple. The both survived the incident. MGR developed the raspy voice and MR Radha was sent to prison for four years and three months.

It almost sounds like a film script and we believe that is the same thing that ran in Radhika Sarathkumar’s mind. In an attempt to immortalise her father’s legacy, Radhika will be producing a biopic under her ome banner Radaan Media Works with the direction of Ike, MR Radha’s grandson.

Radhika has now roped Simbu and Arvind Swamy to play the roles of MR Radha and MGR respectively. The two were last seen in Mani Ratnam’s Chekka Chivantha Vaanam as brothers.